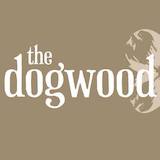 Order online delivery from Dogwood Rock Rose to enjoy some of the best bar food in Austin. Looking to find the cheapest way to order Dogwood Rock Rose? Choose the most affordable, or the quickest...show more

Three sliders your choice of one cheeseburger, pulled pork or chicken grilled or fried.

Lettuce, tomato, pickles, and onion, on a kaiser bun.

Picked For You
The Motherload of Fries
$7.00

Eggs, cheese, and choice of your bacon, chorizo or potato.

A fresh baked cinnamon roll as big as your face, drizzled with a bacon caramel glaze.

Eggs, cheese, and choice of your bacon, chorizo or potato.

Served with a marinara and citrus aioli dipping sauce.

Lettuce, tomato, pickles, and onion, on a kaiser bun.