Compare delivery offers from restaurants in Bronx. Easily find which delivery service offers the cheapest or quickest delivery from any restaurant.
Enter your address to see the best deals for your area!
Search
Restaurants Available in Bronx
Loading...
FoodBoss
We compare delivery fees from the largest number of restaurants possible. Period. The difference is clear. 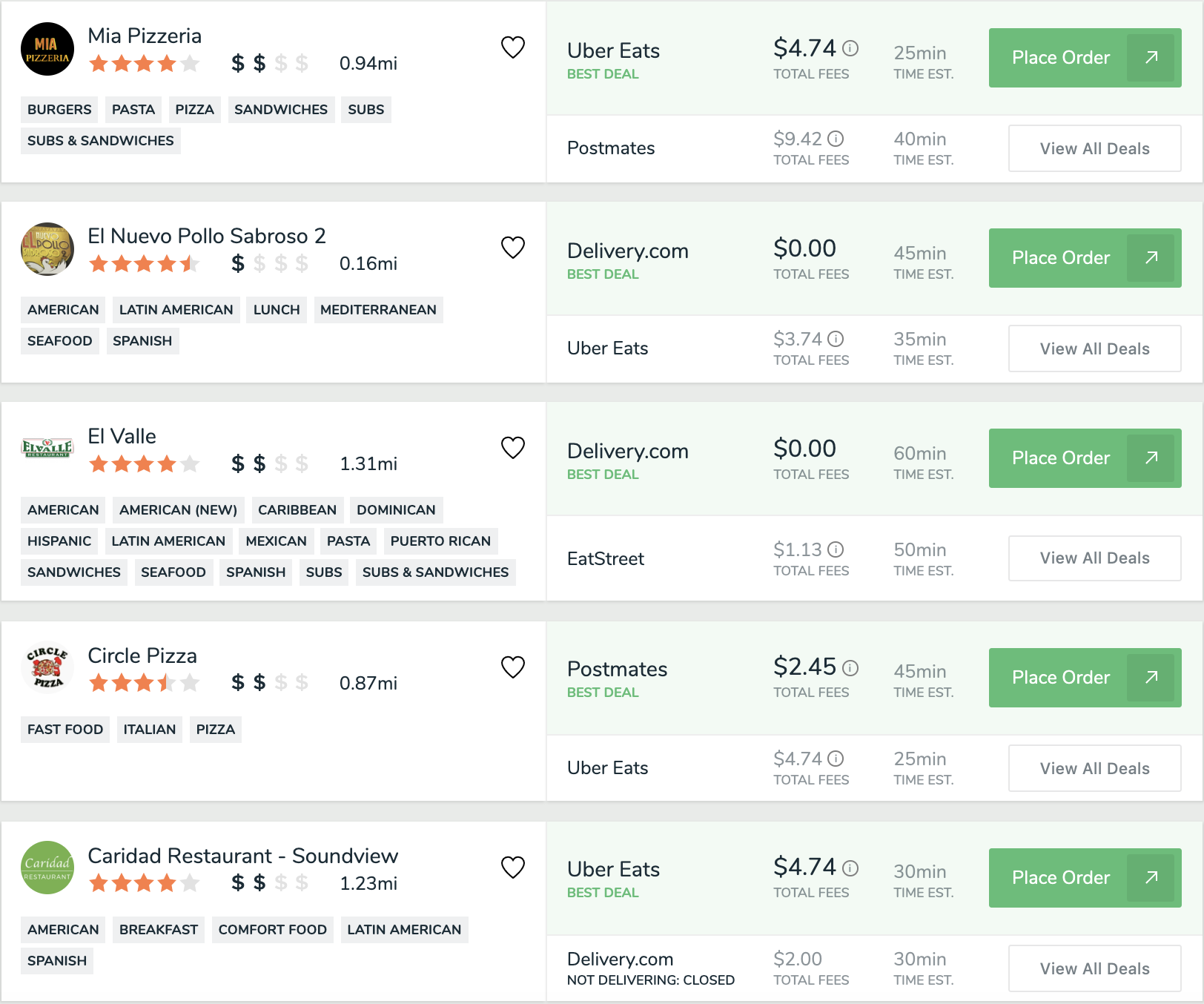 Calculate Your Yearly Savings with FoodBoss!
On average, Users in BRONX save 35% on total fees and get their food 19 minutes faster.
Bronx Food Delivery Guide
The northernmost borough of New York City, the Bronx is notable as the home of the New York Yankees and Yankee Stadium. The most successful MLB franchise, the Yankees are often referred to as the Bronx Bombers paying homage to the community they have played in since 1923. Other attractions in this borough include the Bronx Zoo, which is the largest metropolitan zoo in the world, and the New York Botanical Garden. Home to many immigrant communities, you will find many Italian, Irish, and Jamaican restaurants spread across the borough.
Bronx Neighborhood Guide

Located in the western Bronx, Fordham is a neighborhood situated roughly in what used to be Old Fordham Village. The village dates back to the mid 18th century but was destroyed as New York City expanded over time. Home of Fordham University, the neighborhood is adjacent to the Bronx's Little Italy and the New York Botanical Garden. College bars and casual eateries are common.

Concourse is the location of Yankee Stadium, the home of the famous New York Yankees. Located in the southwest corner of the Bronx, and just across the Harlem River from Manhattan, Concourse is known for its many parks and the home of the Bronx Museum of the Arts. Restaurant options with various cuisine options surround the stadium and provide fans and residents alike a wide variety of food choices.

A twist on the chicken parmesan sandwich, the Meatball Parm is a simple sandwich where meatballs, tomato or marinara sauce, and cheese, like parmesan but sometimes others such as provolone or mozzarella are added to a sub roll. Most often, the sandwich is toasted and warmed up. Other ingredients like vegetables can also be added. Get it delivered in the Bronx from restaurants like Mr. Sandwich.

New York Style Pizza is characterized by its thin crust and wide slices. Crispy crust is a staple of the dish and often the slices are big enough to be folded in half. Simple ingredients like tomato sauce and shredded mozzarella cheese are all it takes to make a delicious New York Style Pizza. The New York Pizza grew out of the Italian Neapolitan style pizza that immigrants to New York City brought with them to America. This style of Pizza is popular in the Northeast and across the country as well. Order delivery today from Mia Pizzeria or Piazza Pizza.

Nothing too fancy or special about this dish. But the simple hot dog is a great option if you’re looking for a quick snack from a street vendor or casual restaurant. Toppings in the Big Apple are traditionally mustard and onions. Get a Hot Dog delivered today in the Bronx from restaurants like El Perro.