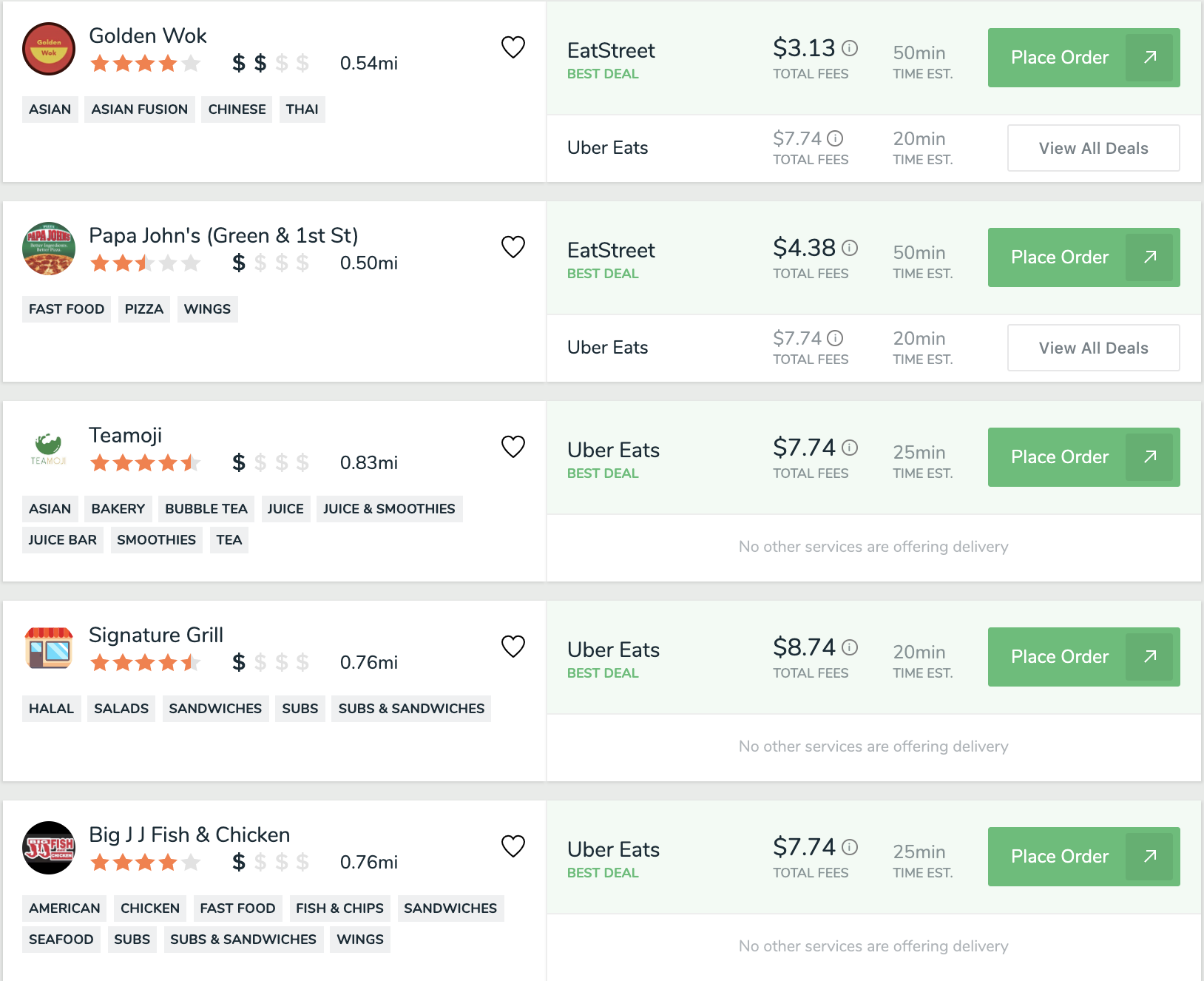 Calculate Your Yearly Savings with FoodBoss!
On average, Users in CHAMPAIGN save 39% on total fees and get their food 23 minutes faster.
Champaign Food Delivery Guide
Champaign is most notable as the home of the University of Illinois flagship campus. This college town offers attractions such as the Krannert Art Museum and the Spurlock Museum. Right next to Champaign lies its sister city, Urbana, with which it shares the college. Though not a very large city, many large companies such as Sony, Caterpillar, and IBM have offices here and is included in the Silicon Prairie moniker because of the number of tech startups in the area.
Champaign Neighborhood Guide

Campustown is a small area located just off the University of Illinois’ campus to the west. The neighborhood is centered around Green Street and within it are many restaurants, bars, and apartment buildings that cater to the large student body who either live in Campustown or nearby on campus at the college.

Downtown Champaign is home to some of the best restaurants and nightlife in the city. Along Neil Street, there are many bars and restaurants frequented by university students as well as members of the community. Just to the west of Downtown is West Side Park, a popular outdoor space in the city.

This dish is a tasty appetizer or quick snack. The stuffed dates are made by inserting pieces of chorizo into a hole in each date. Then, the date is wrapped around a piece of bacon before it is cooked in the oven. Get it delivered with FoodBoss from your favorite Champaign restaurant.

Baby Back Ribs are usually meatier than the similar spare rib alternative. Due to the varying sizes of pigs, the exact number of ribs you usually get varies somewhat. However, you almost always have the option of a full or half rack of ribs to choose from depending on how hungry you find yourself. Try some delicious Baby Back Ribs from the comfort of your home with delivery from FoodBoss from one of Champaign’s best BBQ joints, Smoky’s House BBQ.

This individual sized pizza is almost like a mini version of the traditional Chicago style deep dish pizza. It is prepared by adding the ingredients starting with the crust into an oven-safe bowl. Next, the rest of the ingredients are added to the bowl starting with a generous amount of pizza sauce followed by a good amount of mozzarella cheese. What follows next is up to personal preference but often sausage, onions, or mushrooms are added to the Pizza Pot Pie. Get it delivered today with FoodBoss.