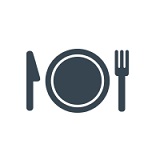 Approximately 10 cups. Cream, sugar, and cups were available upon request.

Half a dozen of our most popular donuts.

Back for the season.

Bacon, cheddar, scrambled eggs, and mayo on a brioche.

Avocado, cheddar, and scrambled eggs on a brioche.

Valrhona chocolate glazed cake donut, and finished with a swirl of chocolate ganache.

The king of the classics, crunchy exterior, ring shaped with irregular edges, and vanilla bean glaze.

Made in a separate and dedicated fryer.

Baked and not fried.

Cake donut topped with premium French Chocolate and finished with a swirl of chocolate ganache.