Food Delivery in Dallas/Fort Worth 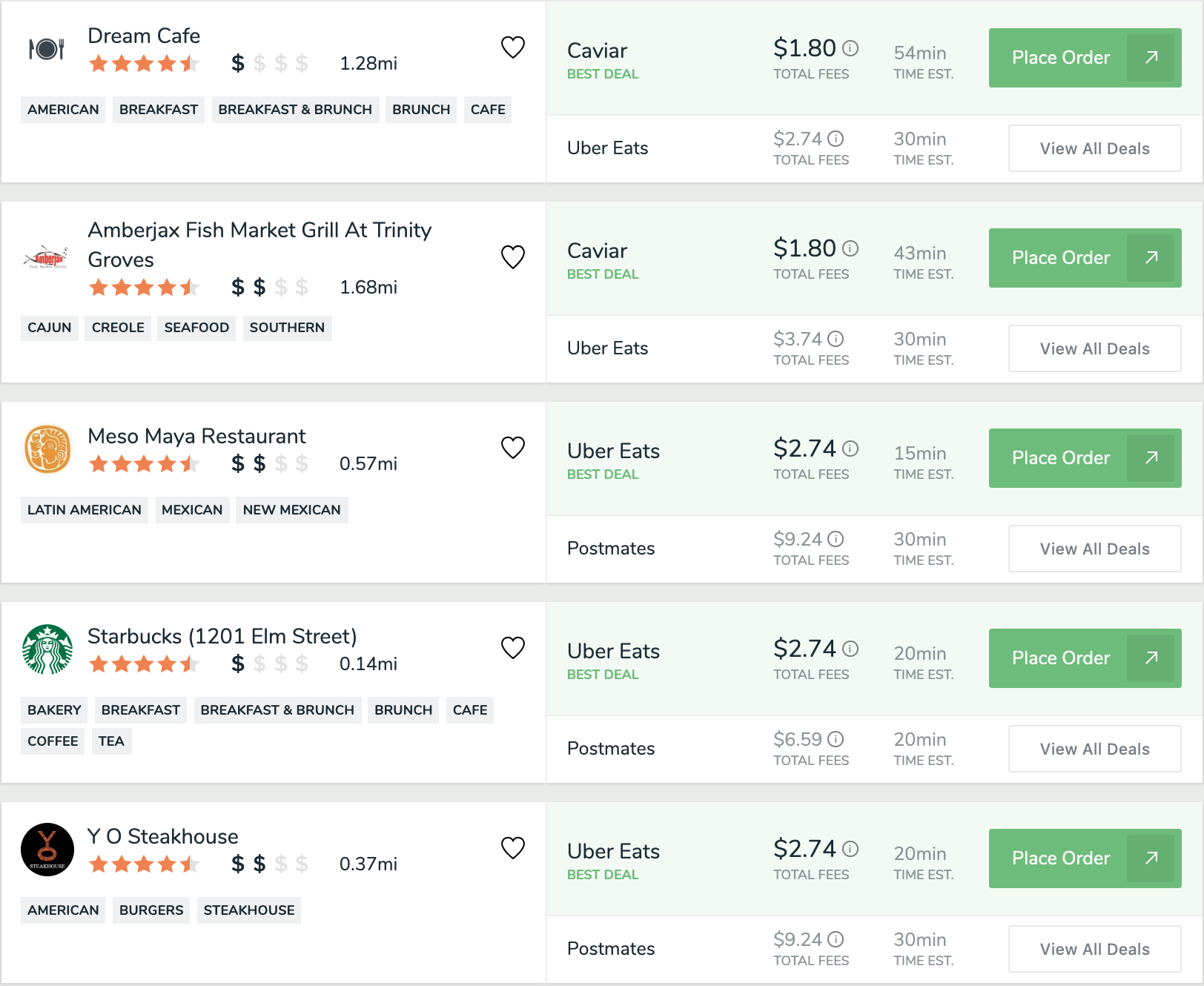 Calculate Your Yearly Savings with FoodBoss!
On average, Users in DALLAS/FORT WORTH save 32% on total fees and get their food 16 minutes faster.
Dallas/Fort Worth Food Delivery Guide
The Dallas/Fort Worth metroplex, or sometimes just referred to as the DFW or metroplex, is the fourth largest metro area by population in the United States. Home to over 7.5 million people, DFW is still growing at a rapid pace. One of the biggest economic driving forces in not only Texas but the American South, DFW is strong in the energy, banking, telecommunications, and healthcare sectors. Dallas is home to the Cowboys, Stars, and Mavericks, while the Rangers are situated between each city in Arlington. Not surprisingly, you will never struggle to find incredible BBQ or southern comfort food in this area, but given its large population and position as a cultural hub, today there are many more options for authentic cuisine from other nations as well as original Texas dishes.
Dallas/Fort Worth Neighborhood Guide

Founded in 1873 just east of downtown Dallas, Deep Ellum is notable for its many music venues. Home to the Deep Ellum Arts Festival, this neighborhood has no shortage of fine art galleries, public art displays, or street art murals. As mentioned, Deep Ellum is most notable for its music scene. Back in the day, the neighborhood was a hotbed of early jazz and blues musicians. Today, you’ll still find many music halls, but rock music has gained prominence. Additionally, Deep Ellum offers a diverse food scene ranging from local Tex-Mex cuisine to innovative fine dining establishments.

Distinctive bars and restaurants offering any cuisine type imaginable are found in the neighborhood of Uptown. Noted as an excellent neighborhood for pedestrians after its unique urban planning design, getting around this area is easily done. The heart of the community is McKinney Avenue, where the majority of the boutique clothing stores, upscale shopping, and swanky restaurants are located. Uptown is also a driving economic force in the city of Dallas, and large firms such as Bain & Company, Boston Consulting Group, and Goldman Sachs are all located in the neighborhood. One of the more popular attractions in Uptown is the Museum of Geometric and MADI Art, which offers free admission and exhibits works of art done made the MADI art style.

Chili is a great option to try in almost any Dallas restaurant since it originated in Texas. Chili con Carne (Chili with meat) is a spicy stew with chili peppers, tomatoes, meat, garlic, onions, and beans. This dish is great as a dipping sauce or can be added to other foods like hot dogs and french fries. Don’t wait to try it. Order today from State & Allen or Stackhouse and get it delivered to your door.

Texas knows how to BBQ. With many different options for the cut of meat and preparation style, you can almost certainly find your favorite BBQ option in no time. There are multiple techniques for great BBQ such as smoking, roasting, braising, and grilling and each has its own distinct features. We recommend trying each one at least once in your life. Try delicious BBQ with delivery from restaurants like Ferris Wheelers or Louie King BBQ.

An Enchilada is a corn tortilla rolled around a filling and sometimes covered in a chili pepper sauce. Originally from Mexico, this dish has become wildly popular across the American Southwest. Usually filled with various meats, cheese, beans, and vegetables, this dish is extremely popular in Dallas. Try one today with delivery from Tacos Y Mas or Fuzzy’s Tacos.