Compare delivery offers from restaurants in Denver. Easily find which delivery service offers the cheapest or quickest delivery from any restaurant.
Enter your address to see the best deals for your area!
Search
Restaurants Available in Denver
Loading...
FoodBoss
We compare delivery fees from the largest number of restaurants possible. Period. The difference is clear. 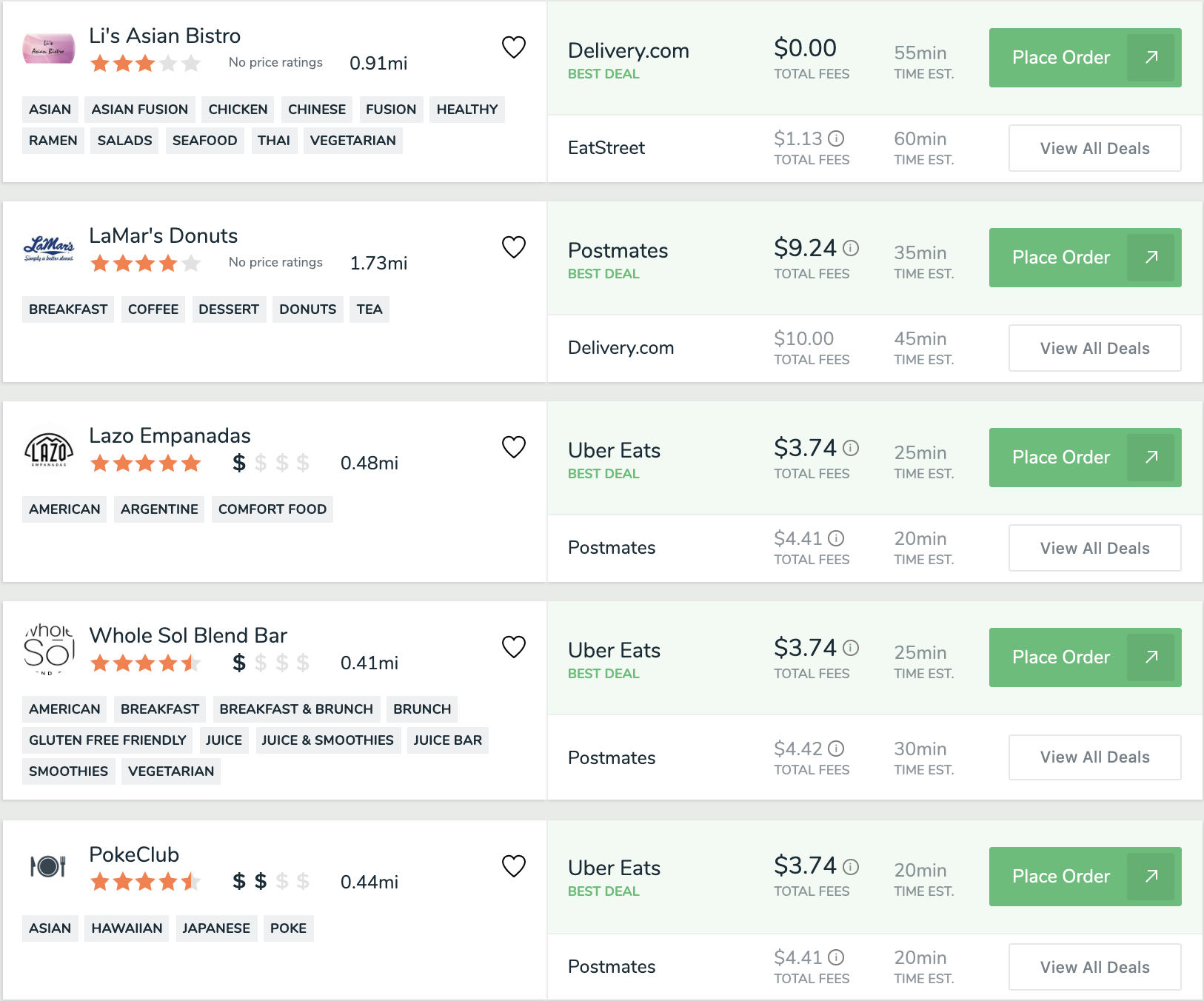 Calculate Your Yearly Savings with FoodBoss!
On average, Users in DENVER save 36% on total fees and get their food 20 minutes faster.
Denver Food Delivery Guide
Nicknamed the Mile High City, Denver is the capital of Colorado. Residents continue to flock to Denver for its growing economy, particularly in the energy, mining, government, and manufacturing sectors, as well as its notably relaxed and laid back atmosphere. At the edge of the Rocky Mountains, outdoor activities such as hiking, mountain climbing, and skiing are popular among tourists and residents alike. Nearby is the famous Red Rocks Amphitheatre which is owned by the city and hosts scenic outdoor concerts in a venue carved out of the earth. The cuisine here is diverse, but there are some easy staples. A large Mexican-American population is present in the city, so finding authentic Mexican food is no trouble.
Denver Neighborhood Guide

More often referred to as Uptown, North Capitol Hill is a bustling neighborhood located in the heart of downtown Denver. Just across Colfax Avenue sits the Colorado State Capitol and Civic Center Park where tourists can enjoy the expansive open green space, water fountains, and amphitheater. Located in the neighborhood are attractions like Fillmore Auditorium and Ogden theater. North Capitol Hill may be best known for Restaurant Row, a stretch along 17th Avenue. home to some of the cities best restaurants, such as Steuben’s and Park & Co., in addition to many cafes and bars.

Popular among tourists and new residents to Denver, Highland is a neighborhood on the north side of the city full of Victorian homes and located along the South Platte River. Highland itself is comprised of three smaller and even more distinct areas, Lower Highland (LoHi), Highlands Square, and Tennyson Street. Many of the great restaurants in Highland offer scenic views of downtown Denver and located just on the other side of the river from Coors Field, home of the Colorado Rockies, fans can make the short walk after a game to enjoy some of the great neighborhood bars.

Pho is a Vietnamese soup consisting of rice noodles, herbs, broth, and meat. The meat is most often chicken or beef. A popular street food item in Vietnam, it was popularized in the US by refugees fleeing the country after the Vietnam War. Back in Vietnam, styles of Pho vary by region, but you can try an assortment of Pho dishes today with delivery from Vivi Pho in Denver.

A delicious and certainly not nutritious dessert, the Cinnamon Roll is wondering gooey goodness. Common in the US and Canada, this dessert is a pastry roll with a cinnamon and sugar mixture added to the dough before baking. Once baked, most often a white sugary frosting is added on top of each roll making this sweet dessert perfect for any indulgent person out there. Order a Cinnamon Roll today in Denver from either Denver Biscuit Company or Cinnabon.

Chili is one of those rare foods that can spark an argument among its many fans. Some argue that real Chili doesn’t include beans or tomatoes. Whatever side of the argument you take, you’ll still probably agree that Chili con Carne is delicious. Chili con Carne (Chili with meat) is a spicy stew with chili peppers, tomatoes, meat, garlic, onions, and beans. This dish is great as a dipping sauce or can be added to other foods like hot dogs and french fries. Try this dish from a couple of great restaurants in Denver: Spicy Chili & Pho or The Noshery.