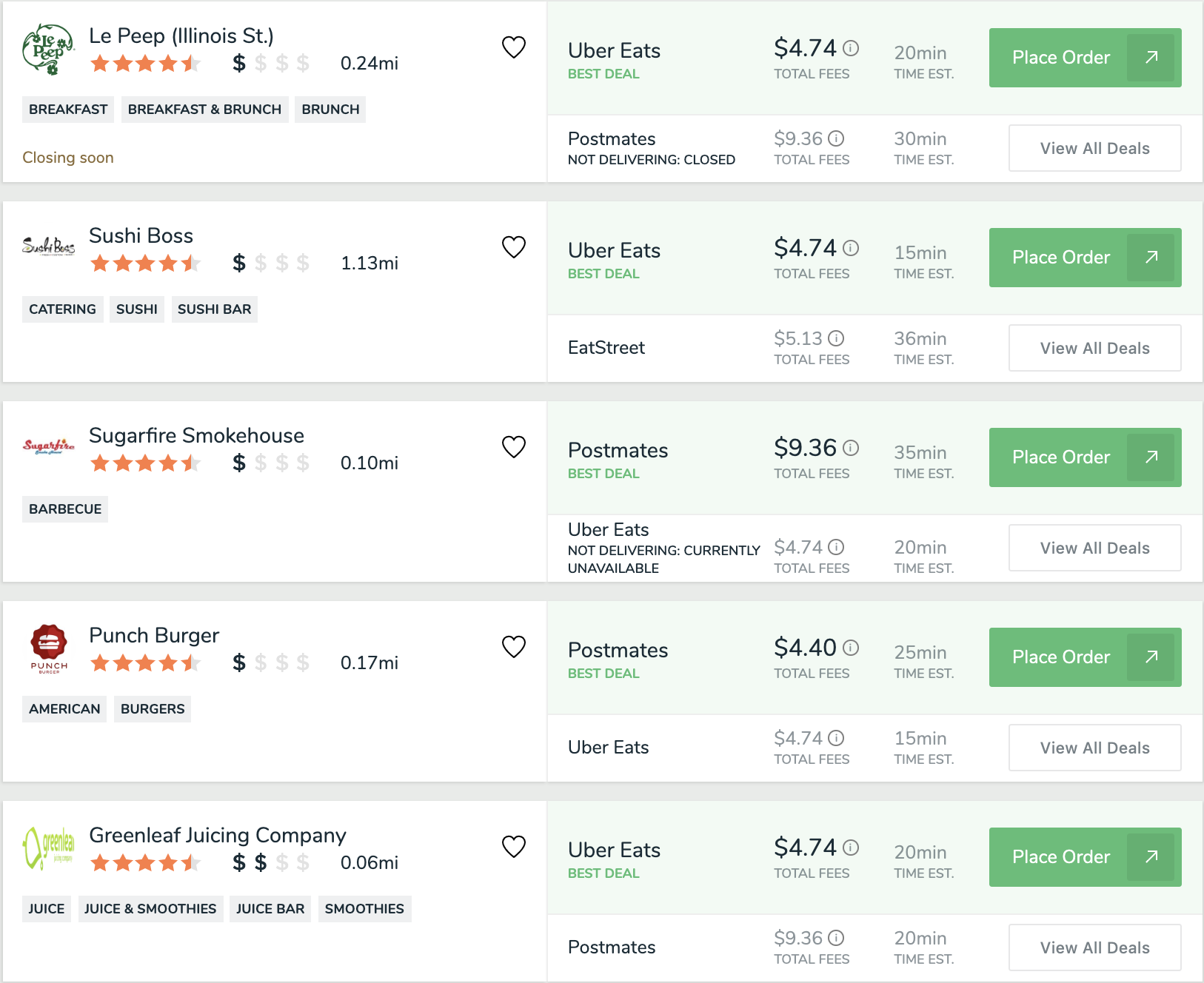 Calculate Your Yearly Savings with FoodBoss!
On average, Users in INDIANAPOLIS save 42% on total fees and get their food 26 minutes faster.
Indianapolis Food Delivery Guide
Indianapolis, often referred to as Indy, is the biggest city in Indiana as well as the state’s capital. A planned city, Indianapolis was founded in 1821 along the banks of the White River. Perhaps most well known as the home of the famed Indianapolis 500 race, the city is also well regarded as a foodies dream. Conde Nast called Indianapolis the “most underrated food city in America,” and multiple restaurants and chefs in the city have been James Beard Award finalists. Unique dishes specific to the city itself are always popular, and there are dozens of local breweries open across the city.
Indianapolis Neighborhood Guide

Southeast of downtown, Fletcher Place is one of Indianapolis’ more eclectic neighborhoods. Innovative and iconic Indianapolis restaurants such as Bluebeard and Bosphors fill the streets of Fletcher Place. Along the neighborhood’s main drag, Virginia Avenue, you can find great local shops and many bars.

Popular across the Midwestern US, the Pork Tenderloin Sandwich traces its roots back to Indiana. The main breaded and fried piece of pork in the sandwich is similar to the type of meat in the Wiener Schnitzel from Austria. Served on a bun, the Pork Tenderloin Sandwich is usually served with ketchup, mustard, lettuce, onions, etc. Order delivery from Aristocrat Pub & Restaurant or Steer-In Restaurant in Indianapolis today to try this great sandwich.

Despite its geographic location, Oysters are actually quite popular in Indianapolis. Order delivery from a couple of Indianaplois’ popular seafood restaurants and try all the different varieties of Oysters. We suggest delivery from The Oceanaire Seafood Room or Caplinger’s Fresh Catch Seafood Market.

Sugar Cream Pie is the Indiana version of the Sugar Pie. A sugar pie is made by adding flour, butter, salt, vanilla, cream, and brown sugar to pie crust and then baking it. To make it a genuine Sugar Cream Pie, you add a dusting of nutmeg to the final product. Try this Indiana dish in Indianapolis with delivery from Locally Grown Gardens.