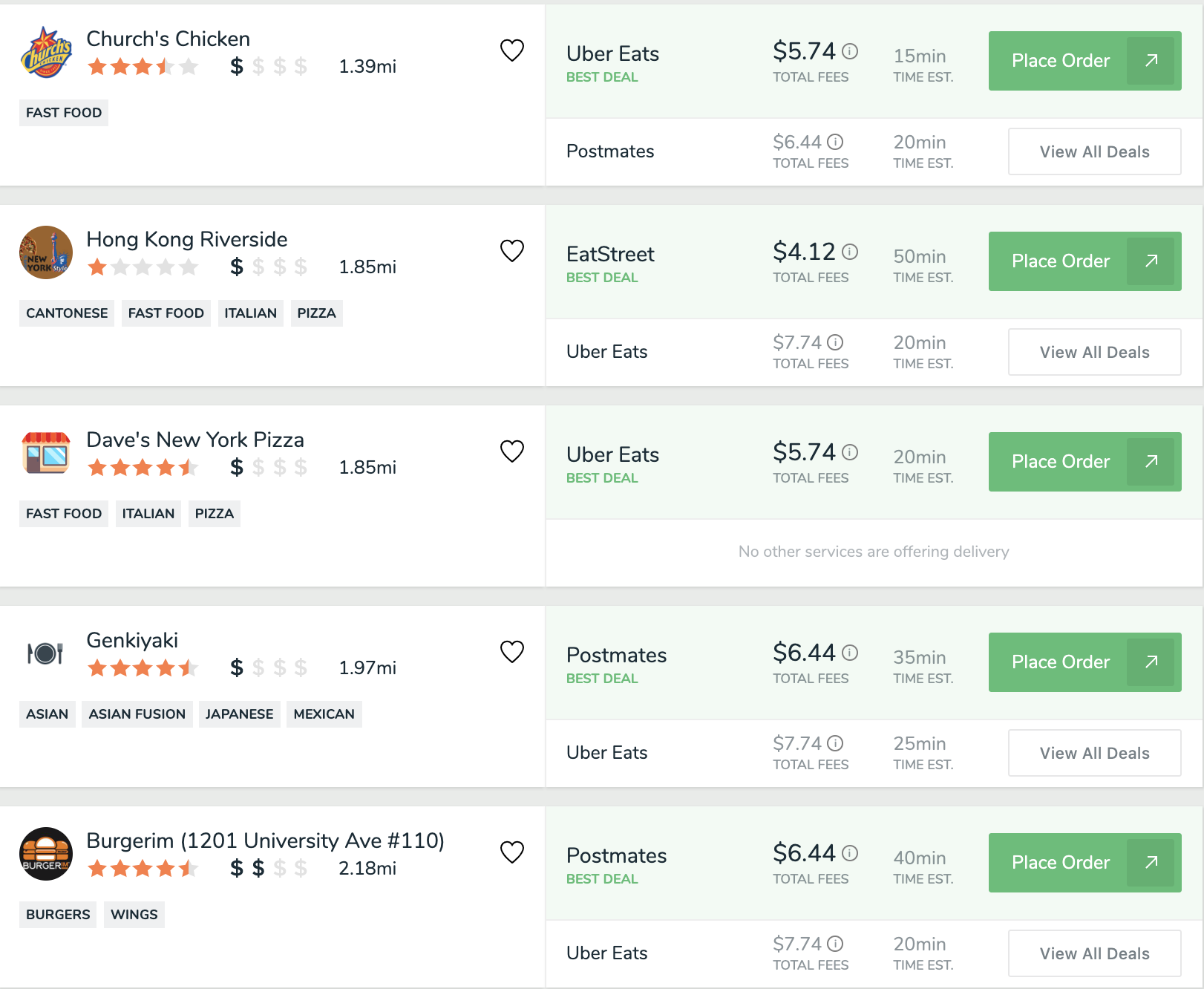 Calculate Your Yearly Savings with FoodBoss!
On average, Users in INLAND EMPIRE save 43% on total fees and get their food 27 minutes faster.
Inland Empire Food Delivery Guide
This metro area includes the cities of Riverside, San Bernardino, and Ontario as well as other smaller cities and incorporated areas. Once one of America’s main agricultural hubs due to the area's climate, today, this collection of cities is known as a growing residential and industrial community. Citrus fruits are still widely grown in the region, mainly oranges, and will continue to remain as one of the areas notable exports.
Inland Empire Neighborhood Guide

Located in the Chino Valley and the southwestern corner of San Bernardino County, Chino Hills is a city that consistently ranks as one of the best places to live in the country. Within the city limits is Chino Hills State Park where hiking trails promise great fun for those looking for an outdoor adventure. The city of Los Angeles is located about a 45-minute drive east, but even closer are the cities of Riverside and San Bernardino.

A city located a short drive from San Bernardino, Redlands is known for buildings such as the A.K Smiley Public Library and Morey Mansion. Oranges were first planted in the area in 1882, and within 50 years, Redlands and the surrounding area had become one of the largest citrus fruit producing regions in the world. Popular activities in Redlands include hiking the Redlands Trail and attending the Redlands Bowl, which hosts the oldest free concert series in the United States during the summer months.

A very well known dish, the burrito is a Mexican and Tex-Mex item that consists of a tortilla loaded with various other ingredients of your choosing. Typically packed with meats, vegetables, cheese, and guacamole, it is highly customizable. Popular all along the West coast and basically across the country at this point, there is no shortage of places you can find a great Burrito in the Inland Empire region. Get one delivered today from restaurants like Mercado Don Juan or Mr. Taco Fresh Mexican Grill.

Pho is a Vietnamese soup consisting of rice noodles, herbs, broth, and meat. The meat is most often chicken or beef. A popular street food item in Vietnam, it was popularized in the US by refugees fleeing the country after the Vietnam War. There is an almost endless number of versions of Pho you can try. Order delivery today and start sampling the vast assortment of Pho dishes from restaurants like Pho Huynh or Ocean Pho.

The French Dipped Sandwich is made with thinly sliced pieces of roast beef placed on a french roll and then topped with swiss cheese and sometimes onions. You can also choose to have it dipped in the broth produced from the cooking of the beef. This is considered ordering it “wet.” The sandwich is a great lunchtime option. Get it delivered today from Mimi’s Cafe or The Flinderstreet Cafe.