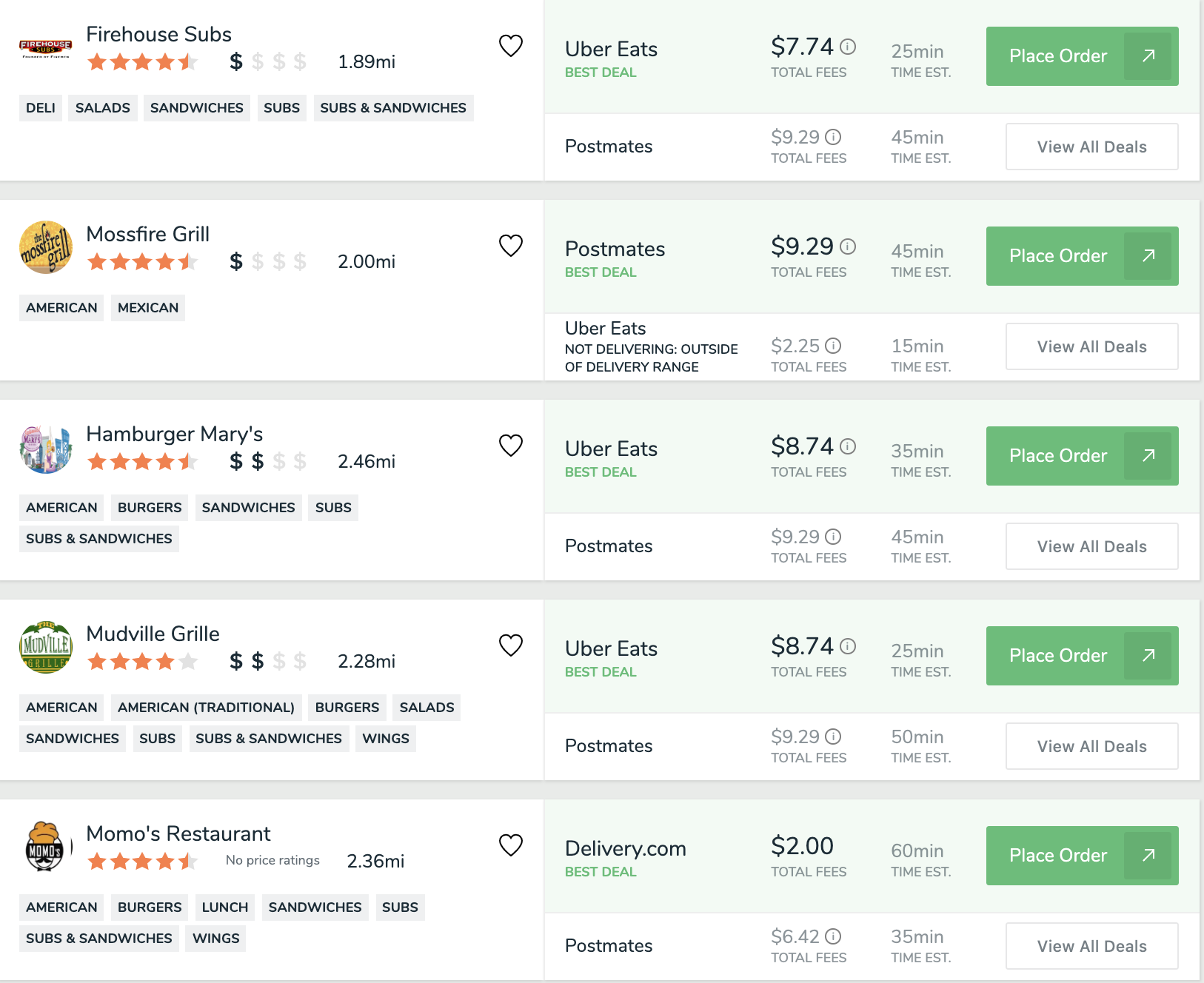 Calculate Your Yearly Savings with FoodBoss!
On average, Users in JACKSONVILLE save 42% on total fees and get their food 26 minutes faster.
Jacksonville Food Delivery Guide
Just slightly inland off the Atlantic Ocean in north Florida, though situated along the banks of the St. Johns River, lies Jacksonville. The city is located about 40 miles north of St. Augustine, the oldest city in the United States. An important port city, the Navy has a significant presence east of the city closer to the ocean. Interestingly, the city is host to the longest running Blues music festival in the country, Springing the Blues. Much of the economy relies on tourists who can enjoy all the attractions, nightlife, and dining options Jacksonville offers. Due to its geographic location, the culinary scene mixes inspiration from various sources such as Southern comfort, sea-food, and Hispanic cuisine.
Jacksonville Neighborhood Guide

Though technically separate, these two neighborhoods, located southwest of downtown Jacksonville, are closely associated and often considered one single broader community. The area is mostly residential but two shopping districts, Five Points and King Street District, exist in the neighborhood. In Five Points you will find independent shops and the famous, Sun-Ray Theater, while the King Street District has recently become Jacksonville’s beer hub due to the emergence of two craft breweries and multiple bars in the last 15 years or so.

Croissant Bread Pudding is a dessert made with croissant batter that is crunchy on the top and gooey on the inside. With chocolate chips added on the inside, it makes this pudding a great addition to any brunch or breakfast meal. Try it today with delivery from restaurants like GUMBO YA YA’S or Picasso’s in the Jacksonville area.

This taco is loaded with cabbage, cilantro, radishes with a spicy mayonnaise added on top and of course, Tuna meat. All wrapped in a warm tortilla, this specialty taco is a tasty Mexican-inspired seafood dish. Get it delivered from restaurants like The Mossfire Grill or Yummy Sushi.

Popular across the American South, Chicken and Waffles can be eaten at any time of day. Pieces of Fried Chicken are placed on top of a bed of waffles and usually, maple syrup is poured on top. Order it today from Maple Street Biscuit Company or Johhny Angel’s Diner in the Jacksonville area.