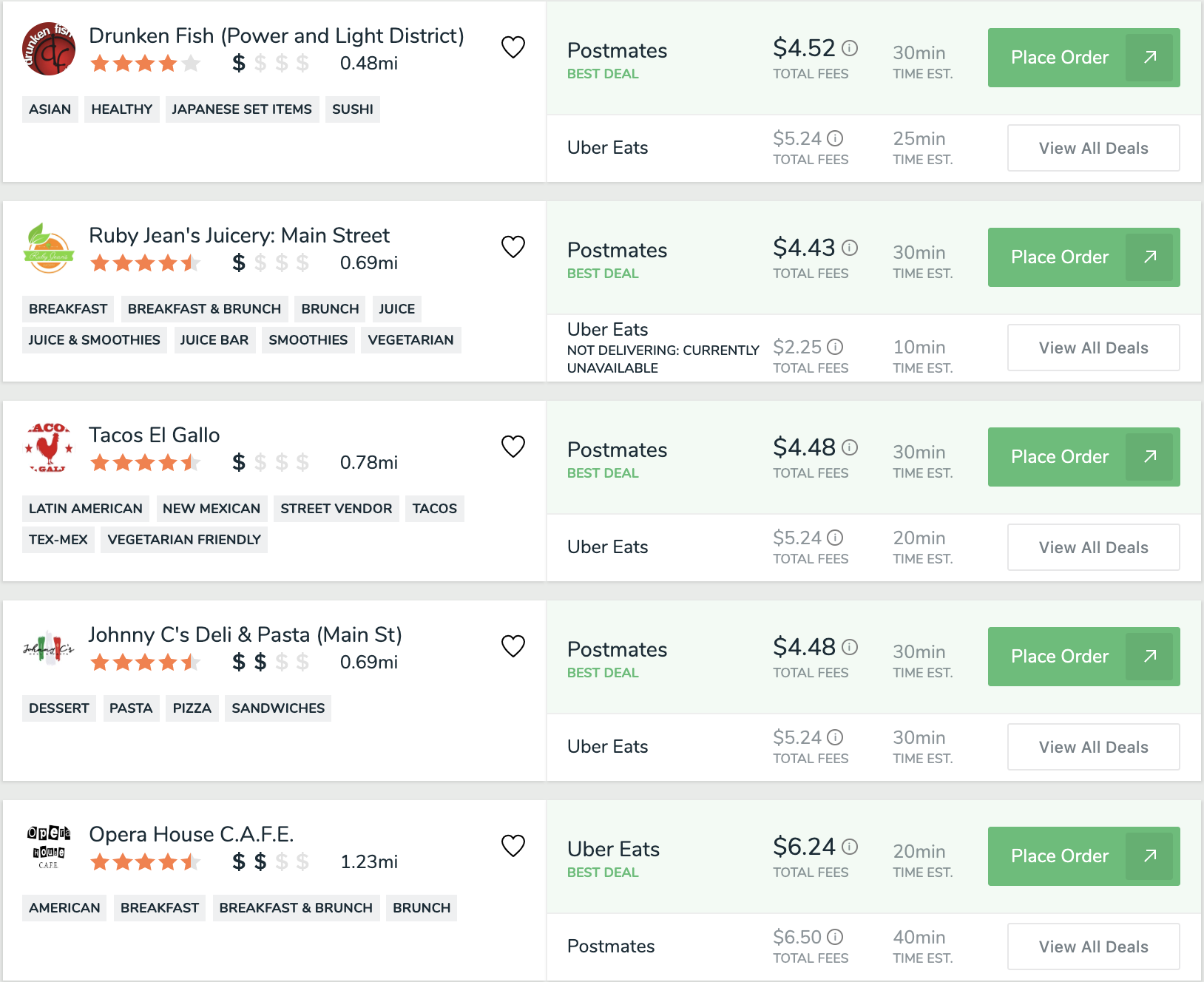 Calculate Your Yearly Savings with FoodBoss!
On average, Users in KANSAS CITY save 41% on total fees and get their food 25 minutes faster.
Kansas City Food Delivery Guide
The largest city in Missouri, Kansas City was founded at the intersection of the Missouri and Kansas Rivers. The city sometimes stylized only as KC, is notable for many cuisine items. First and foremost, Kansas City BBQ, but also the Kansas City Strip cut of steak, and other typical Southern cuisines. With dozens and dozens of BBQ restaurants in the city, Kansas City is well regarded as one of the BBQ capitals of the country.
Kansas City Neighborhood Guide

North of the city’s Financial District and along the banks of the Missouri River sits the River Market neighborhood. In the heart of this neighborhood is The City Market open on Saturday’s and Sunday’s year round. The airy farmers market includes both outdoor and indoor stalls where you can buy fresh produce, baked goods, or handmade items from dozens of vendors. Great restaurants and indie boutique shops fill the area around The City Market for those looking to fill an afternoon. You can also take advantage of River Market’s location along the Missouri Riverwith a walk along Riverfront Heritage Trail.

Crossroads, also dubbed Crossroads Arts District, is a neighborhood located in downtown Kansas City well known as the city’s leading art district. You will find numerous art galleries, studios, and visual art pieces across the neighborhood. Additionally, the diverse area has no shortage of boutique shops featuring goods from local artisans or restaurants with menus ranging from sushi to BBQ. Restored warehouses hold many new businesses in this thriving neighborhood that was once home to many Hollywood film companies such as MGM and 20th Century Fox in an area known as ‘Film Row.”

Kansas City Style BBQ includes a variety of different meats but the common theme is that the meat is slow cooked with a wood fire that can include different types of wood chips that add additional flavor. The key part of Kansas City BBQ is the sauce the meat is covered in. The sauce is a ketchup based sauce that is both sweet and tangy. Alongside the meat, Kansas City BBQ meat is often served alongside coleslaw or baked beans. Try this Kansas City special from restaurants like Plowboys BBQ or Rosedale Barbecue that offer great delivery options.

Fried Chicken consists of pieces of chicken that have been either battered, breaded, or floured and then fried. Methods of frying include pan frying and deep frying. The distinct feature of this type of chicken is the crispy outside of the chicken which develops a delicious crust. With many different seasoning options, there are a lot of ways to make great fried chicken. Popular in Kansas City, get some Fried Chicken delivered from restaurants like Gus’s World Famous Chicken and Go Chicken Go.

Mac & Cheese is no longer just a simple dish for kids. Macaroni shaped pasta shells are cooked and then combined with a gooey cheese sauce. The cheese used in the sauce can vary with different combinations and mixes. Additionally, other ingredients like bacon can be added to make it more delicious. Other variations include baking the Mac & Cheese to give the dish a crusty top. Order Mac & Cheese for delivery from Beer Kitchen and The Westside Local.