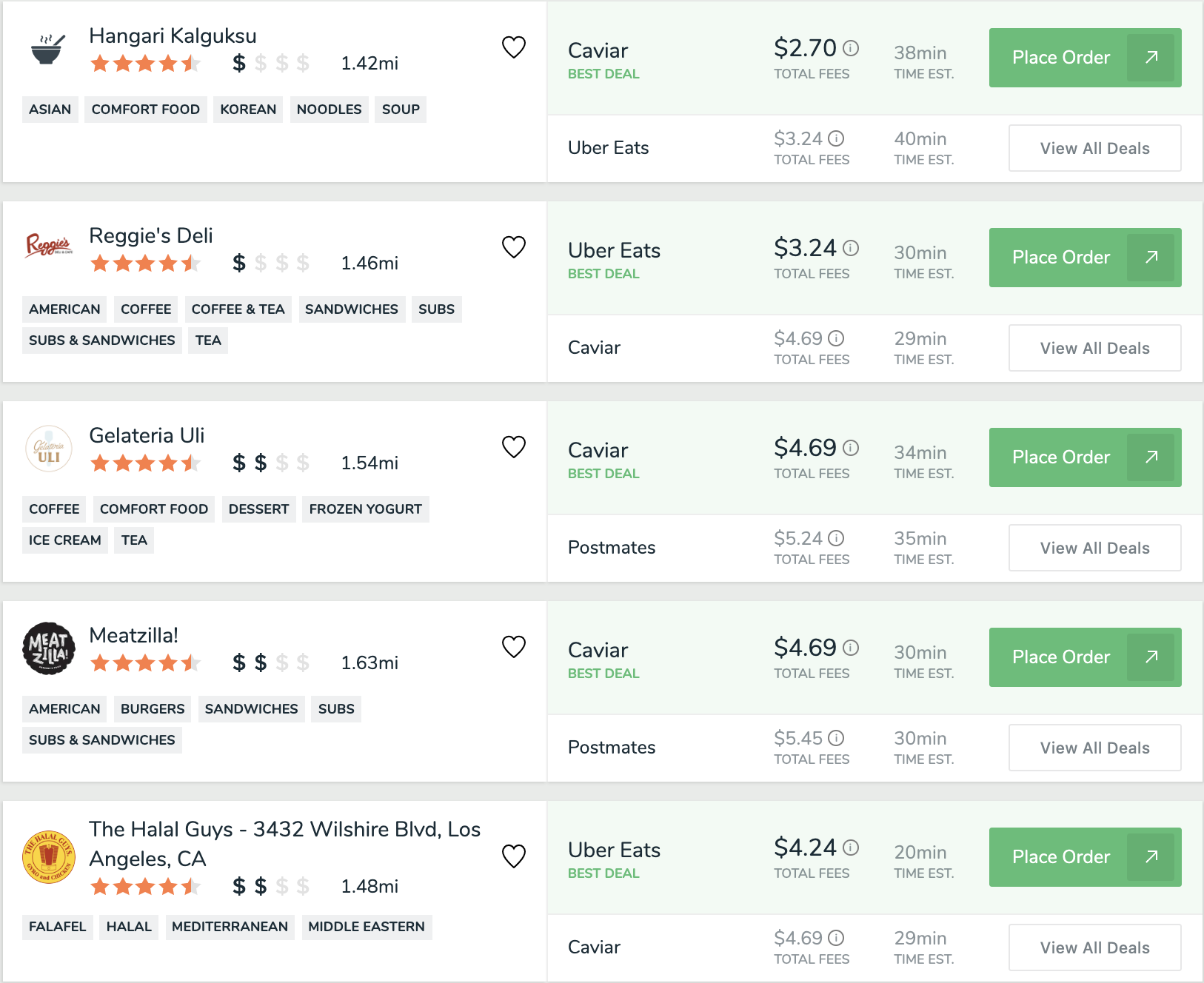 Calculate Your Yearly Savings with FoodBoss!
On average, Users in LOS ANGELES save 41% on total fees and get their food 25 minutes faster.
Los Angeles Food Delivery Guide
Trailing only New York City in terms of population, Los Angeles (L.A.) is a sprawling metropolis in Southern California. The City of Angels is known for its diverse population, entertainment industry, tourism, upscale shopping, and as home to many of the world's most well known celebrities. Creative individuals flock to the city as it employs more people in roles such as writers, actors, filmmakers, dancers, etc. than any other city. Home to over ten major professional sports franchises, the University of Southern California (USC), and the University of California, Los Angeles (UCLA), there is almost always some team for people to get behind. Noted as a great food city, internationally inspired cuisine and fusion dishes are popular in the city. Specifically, the cuisine is noted for Spanish, Mexican, Asian, and Oceanian influences.
Los Angeles Neighborhood Guide

Located far from downtown LA and within the San Fernando Valley, Sherman Oaks is a neighborhood favored by families looking to reap the benefits of proximity to such a large city afford while also enjoying the comforts of suburban life. Along Ventura Boulevard you can find gastropubs, wine bars, classic burger joints, exceptional Mexican cuisine, and lots of cafes.

Though the name would imply this area is homogenous, it is, in fact, a diverse area with many ethnic groups represented. The Korean cuisine is most notable in this neighborhood and why David Chang, the famous restaurateur and founder of Momofuku, called Koreatown the, “most exciting place to eat in America.” You will find bubble tea cafes and Korean BBQ restaurants along many of the streets. Famous attractions in the area include The Wiltern, a historic live music venue, and MacArthur Park.

A very well known dish, the burrito is a Mexican and Tex-Mex item that consists of a tortilla loaded with various other ingredients of your choosing. Typically packed with meats, vegetables, cheese, and guacamole, it is highly customizable. Wrapped into a cylinder, this food is great for people on the move who can carry it with them. Grab one today from Calavera Burrito Co. or Happy Taco.

Pho is a Vietnamese soup consisting of rice noodles, herbs, broth, and meat. The meat is usually chicken or beef. A favorite street food item in Vietnam, it was brought to Los Angeles by Vietnamese immigrants in the last 50 years or so. It has become an incredibly popular dish in Los Angeles, and some restaurants have even opened that specialize in making Pho. Order delivery from Pho 24 or Pho Super Bowl and try it yourself.

This sandwich originated in Los Angeles, but there are two competing claims over which restaurant was the original creator. It is made of thin strips of roast beef added to a French roll along with Swiss cheese and onions. What makes this sandwich unique is that after it is made, the chef will dip the sandwich into the beef broth sauce that was left over from the meat cooking process. This is known as serving it wet, but you can also request the sauce be put on the side for you to dip on your own. Hungry? Order it right now from Philippe the Original or Cole’s.