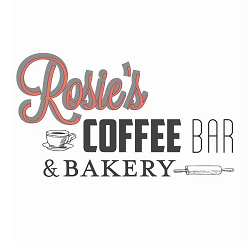 Add this item to your cart and the restaurant will exclude silverware with your order.

Served with salad or hash browns.

Made with scrambled egg

Served with Hash browns and your choice of sausage, ham, or bacon and a side of sour cream and El Poblano salsa

A hearty combo of 2 scrambled eggs, and your choice of bacon, ham, or sausage, along with onion, and topped with cheddar jack cheese. Served with a side of hash browns.

Home made buttermilk biscuit with homamade gravy and hashbrowns

Made with scrambled egg, cheddar, swiss, avacado, and a touch of microgreens served on wheat toast

Scrambled egg, sausage, and cheddar cheese served between two pancakes and a side of syrup

Bacon, lettuce, and tomato on wheat

Chicken breast and cheddar jack cheese on a tortilla. Served with a side of sour cream and El Poblano salsa.

Ham and Swiss with a honey mustard mayonnaise on sourdough bread.

Pears, walnuts, craisins, and goat cheese on a bed of greens with tomato, cucumber and microgreens

Ham, turkey, cheddar, swiss, and bacon on a bed of greens with cucumber, tomato, and micro greens

Tomato and cucumber on a bed of greens

A traditinal south american cookie made with dolce de leche

A traditinal south american cookie made with dolce de leche