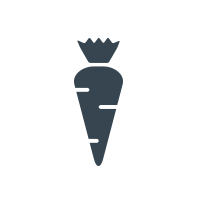 If you find yourself in Fitchburg and hungry, but need vegetarian options, then it's time to order from Surya Cafe. Choose the most affordable delivery option listed on this page for the cheapest...show more

Coconut yogurt topped with fresh fruit and your choice of one of our house-made granolas (seeds of change or grain-free & nut-free).

For those who can't decide between sweet and savory, we have the best of both worlds for you! One slice of Megan's toast and one slice of Lauren's toast, the perfect combination to satisfy your taste buds!

Choose from apple with house-made nut butter, veggies and hummus or seed and nut bread with walnut pate.

Mixed greens and tomato and shallot chutney on a house-made gluten-free bun.

Carrot noodles, red pepper, kale, and broccoli all cooked and tossed with our zesty peanut sauce. Topped with cilantro, scallion, and crushed peanuts.