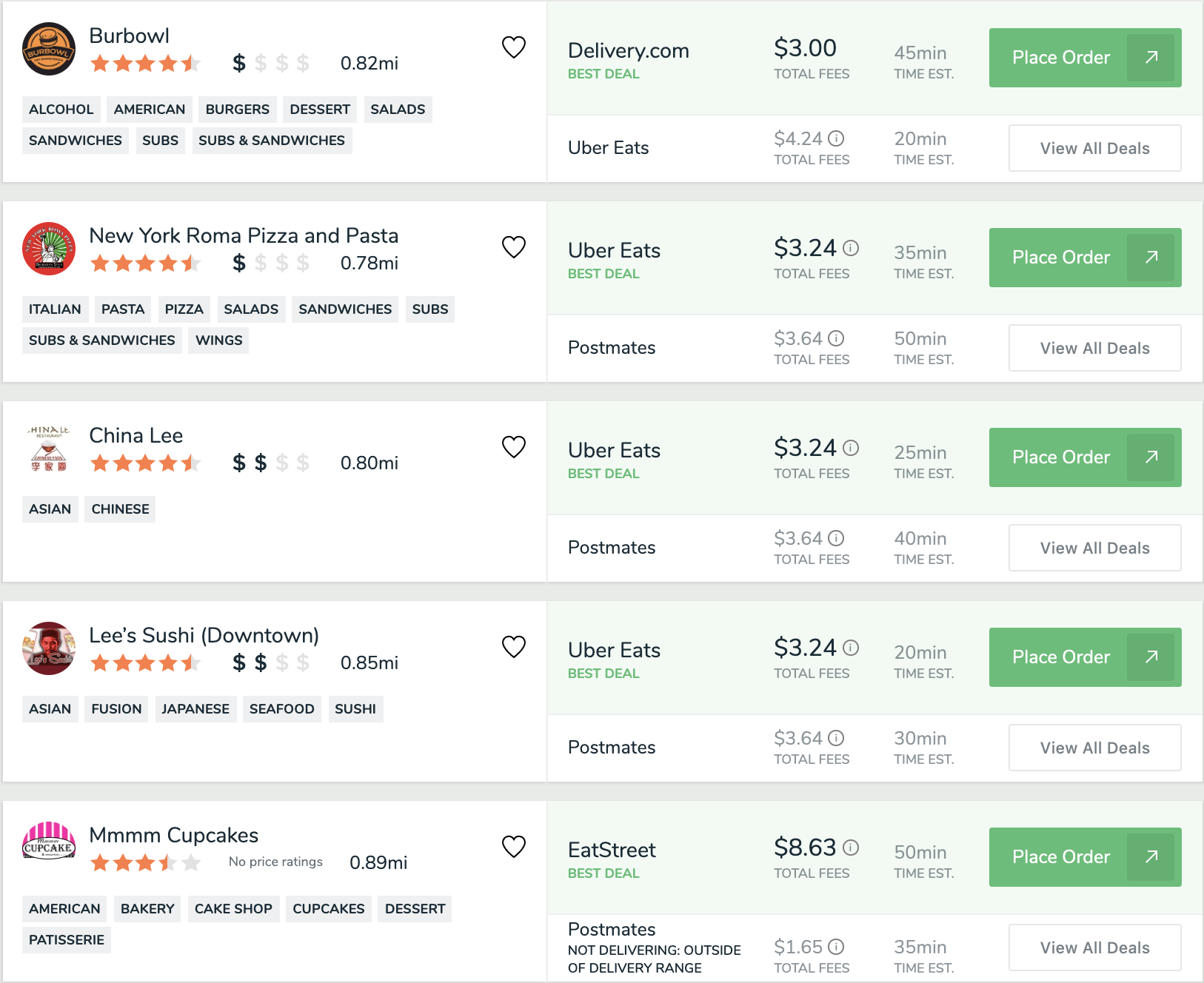 Calculate Your Yearly Savings with FoodBoss!
On average, Users in MIAMI/FORT LAUDERDALE save 36% on total fees and get their food 20 minutes faster.
Miami/Fort Lauderdale Food Delivery Guide
Miami and Fort Lauderdale are combined to form a larger metropolitan area known as the Greater Miami area or simply, South Florida. Stretching along the Florida coast, this area is a popular beach vacation tourist destination. Many immigrants from Latin America and the Carribean have settled within these cities and fused their culture within local communities to form a truly diverse and unique culture. The cuisine in the area is heavily inspired by the food from immigrants home countries as well as typical American dishes popular among coastal cities near the Gulf of Mexico.
Miami/Fort Lauderdale Neighborhood Guide

Perhaps Miami’s most famous neighborhood, South Beach is renowned for its plethora of nightlife options, art deco architecture, and beautiful beachside hotels. Great shopping is also in abundance. Specifically, at the Lincoln Road Mall, you will find almost all the luxury brand stores imaginable. This colorful and vibrant neighborhood is well worth a visit when in Miami. Across the community, you will find great dining options ranging from delicious and cheap food trucks to fine dining.

Named after the Cuban capital due to the high number of immigrants from Cuba who have settled in this neighborhood, Little Havana is known for its vibrant street life, restaurants, and music. One of the most famous attractions in the community, Calle Ocho, hosts an annual parade that originated as a celebration of Cuban culture but has grown to celebrate pan-American culture. You can find authentic Cuban cuisine in many restaurants here as well as many cafes.

The Cuban Sandwich was popularized by the large Cuban immigrant population in Miami during the late 1800’s and early 1900’s. This is essentially a simple variation on the classic ham and cheese sandwich. The sandwich is made with ham, roast pork, pickles, mustard, and cheese served on Cuban bread. Lettuce, tomato, and mayonnaise can be added as well. A Miami classic, the Cuban Sandwich was popularized by the Cuban-American population and quickly grew into a city-wide favorite. Try this iconic sandwich with delivery from La Rosa or Sergio’s Cuban Cafe and Grill.

Stone Crab is a species of crab found in the North Atlantic ocean. This dish is made from the claws of the crab. What makes the crab unique is that once captured, its claws are removed and it is released back into the ocean because it has the ability to regrow its claws. This makes it a very sustainable form of seafood. The claws are best made steamed with some butter and seasoning. Order now from CJ’s Crab Shack or Submarine Crab.

You might not think of Miami as the Fried Chicken capital of the world, but that doesn't mean they dont have some delicious options worth trying. Coated in batter or breading and then pan fried or deep fried, this type of chicken is a delicious cheat meal. Get it right now from Beaker & Gray or Sakaya Kitchen.