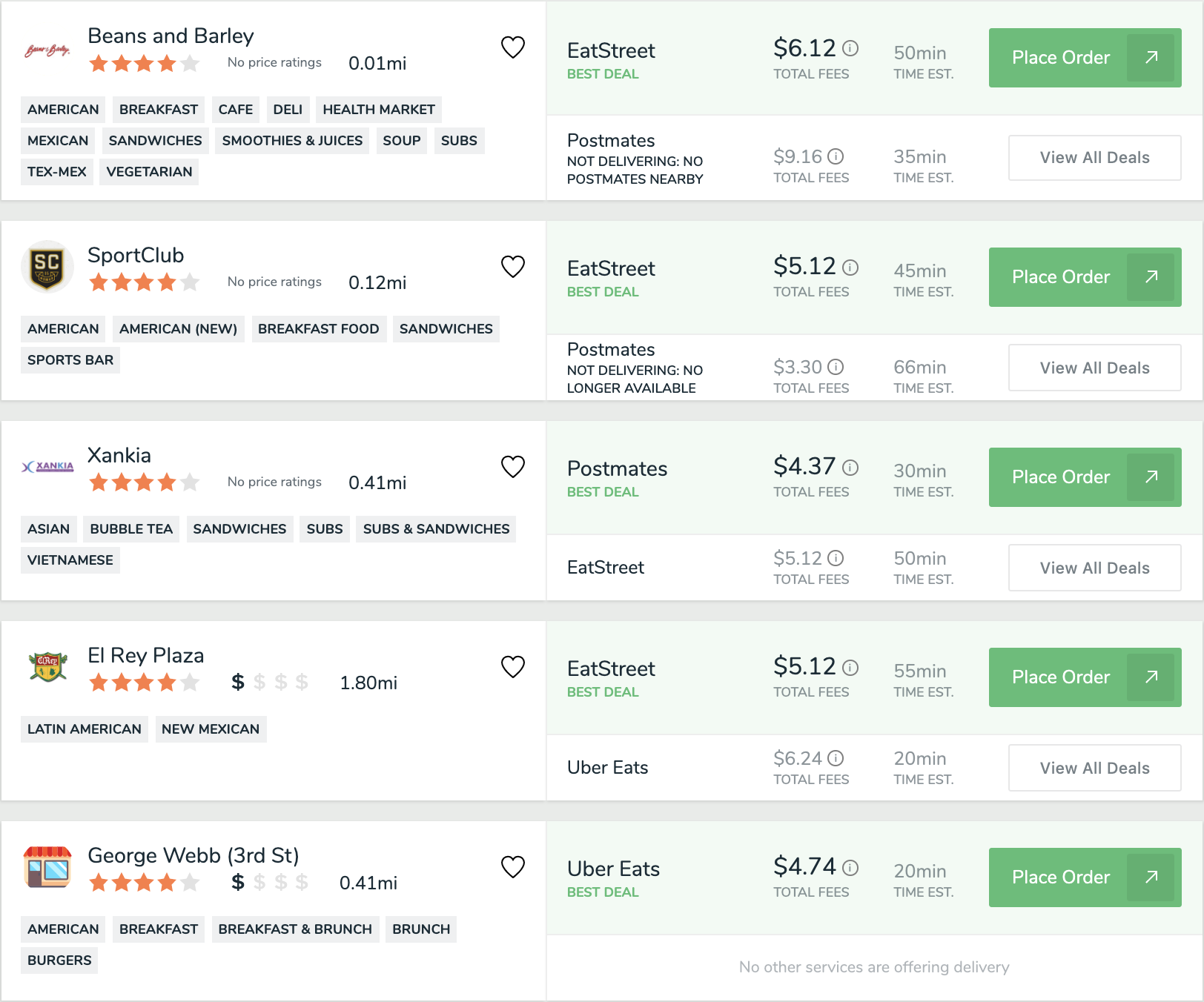 Calculate Your Yearly Savings with FoodBoss!
On average, Users in MILWAUKEE save 39% on total fees and get their food 23 minutes faster.
Milwaukee Food Delivery Guide
Milwaukee is the largest city in Wisconsin and located on the shores of Lake Michigan about 75 miles directly north of Chicago. First settled by French Canadians, the area saw an influx of German immigrants in the 19th century followed by many from eastern Europe. Milwaukee is probably best known for its beer. The breweries were first founded by the German immigrants who brought their knowledge of brewing with them to America. Today, the Miller Brewing Company still operates out of Milwaukee. The city is also home to one of the most iconic American brands of the 20th century, Harley Davidson, whose international headquarters are located just west of downtown. The food scene in Milwaukee mixes traditional American dishes with influences from the many different ethnic groups who call Milwaukee home.
Milwaukee Neighborhood Guide

Located in the heart of downtown Milwaukee and right along the shores of Lake Michigan, Historic Third Ward was originally a warehouse district, but in recent years has undergone extensive development to become a desired residential and business center. The famous Milwaukee Public Market, where local merchants sell a variety of different high-quality cuisine options, is located in this historic neighborhood. You can find numerous upscale and trendy restaurants in the Third Ward among new apartment complexes and the Milwaukee Riverwalk.

Mainly a residential neighborhood, Riverwest is located along the Milwaukee River north of the city center. Riverwest has gained a reputation for being one of the more bohemian areas in the city because of the number of unique attractions like the Florentine Opera Company and an old vintage bowling alley. The majority of the popular cafes, bars, and shops in the area are located on Center, Burleigh, and Locust streets. The neighborhood takes full advantage of its riverfront, which is almost wholly used as parkland.

Cheese Curds are an iconic dish in the state of Wisconsin. Made by coating pieces of cheese in a batter and then deep frying them, Deep Fried Cheese Curds are popular across the Midwest. In places like Milwaukee, you really only have to say Cheese Curd because the assumption is you're talking about the dish prepared in the deep fried manner. Usually eaten as a side dish or snack, Deep Fried Cheese Curds can be dipped in ketchup or other sauces and condiments. Order this dish for delivery from Milwaukee restaurants like AJ Bombers or Dogg Haus.

The Butter Burger is a burger that calls Wisconsin home. The burger is soaked in butter before cooking and is topped with cheese and most importantly, onions. Popular across the state, try a Butter Burger today from restaurants like AJ Bombers or Sobelman’s in Milwaukee.

Beer Brats, also known as Wisconsin Beer Brats, are grilled Bratwursts that have been cooked while soaking in beer. Served in a hotdog bun with toppings of your choice but usually including onions, this dish is great for the Summer months. Get it delivered to your door today from Milwaukee Brat House or The Vanguard.