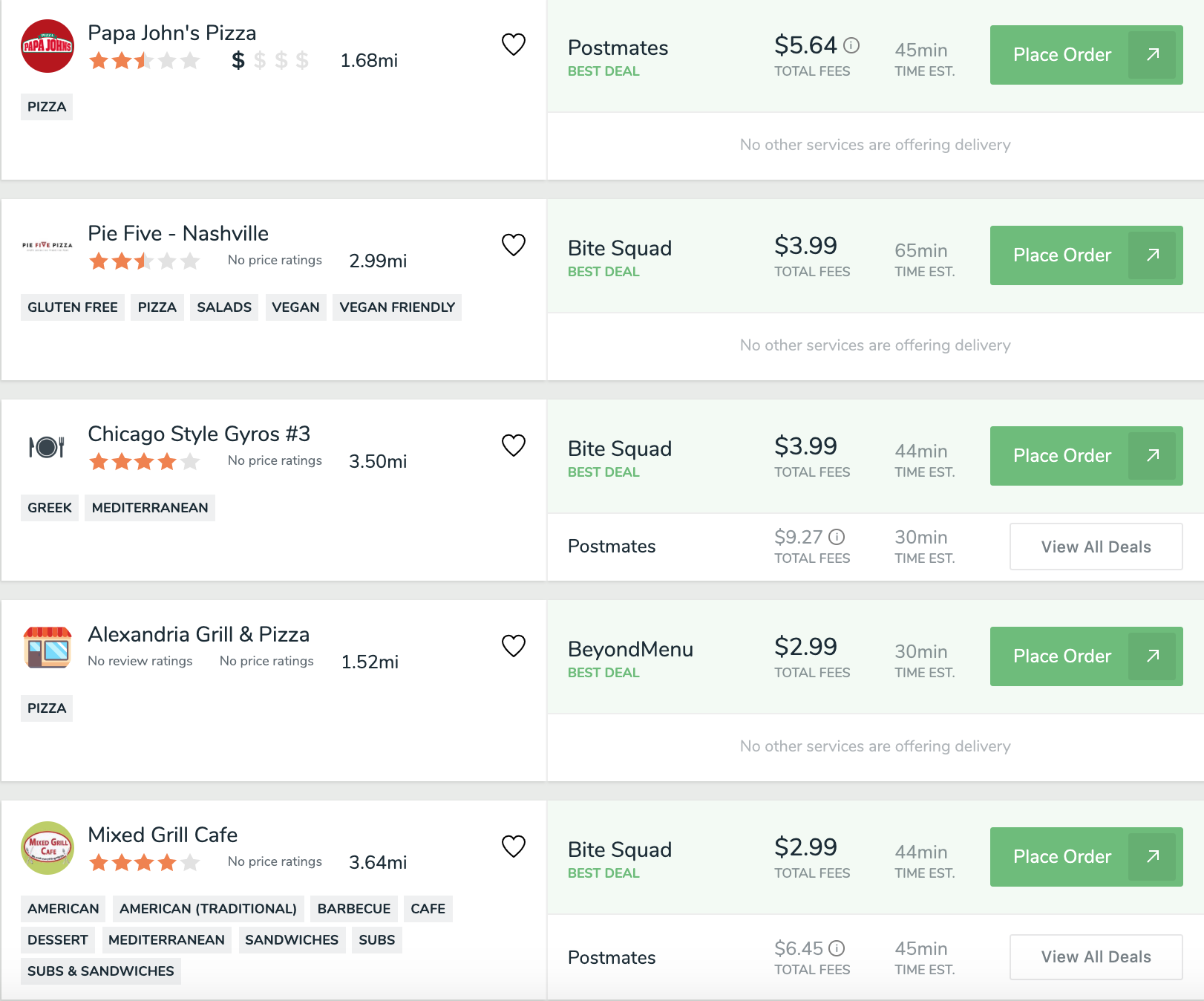 Calculate Your Yearly Savings with FoodBoss!
On average, Users in NASHVILLE save 39% on total fees and get their food 23 minutes faster.
Nashville Food Delivery Guide
Founded along the Cumberland River in a strategic position, Nashville is famous for its music and cuisine. Nicknamed Music City USA, Nashville is highly regarded as the hub for country music. The city is home to the Country Music Hall of Fame, CMA Music Festival, and Music Row, a district with strong ties to the music business. Popular cuisine items in this vibrant city include hot chicken, hot fish, and as most people can already assume, BBQ.
Nashville Neighborhood Guide

Named as a reference to its location, south of Broadway Street, Sobro is right in the middle of Nashville. Music City Center, Nashville’s convention center, is in the heart of the neighborhood. Surrounding it, you will find notable restaurants and hotels. On the north side of the area is outdoor Ascend Amphitheater situated on the banks of the Cumberland River with great views during concerts. Sobro’s main attraction is The Country Music Hall of Fame and Museum that draws over a million visitors annually. Bridgestone Arena, home of the Nashville Predators, is also situated on the edge of Sobro.

Buzzing Midtown is a major nightlife hub, with crowds packing gay bars and clubs on Church Street for drag shows, live music and variety acts There are also raucous rock gigs at Exit/In and The End on Elliston Place, while laid-back bars and late-night cafes fill up with students from Vanderbilt University. Centennial Park is a vast green space with a lake, sunken garden and a striking 1897 replica of the Parthenon.

Hot Chicken is one of Nashville’s specialty dishes. It is typically prepared by marinating pieces of chicken using cayenne pepper. The chicken is then fried and served on top of white bread. Hot Chicken is a Nashville favorite. Get it delivered from great Nashville restaurants like BJ Hot Chicken or Bill’s Hot Chicken.

If you haven’t heard of Fried Pickles then you probably haven’t done that much travel across the American south. This snack food is common in the region. Made by deep frying pieces of dill pickles that have been battered, this dish originated around the 1960’s. Try it with delivery from some of Nashville’s most popular restaurants: Burger Up or Drifters.

Mac & Cheese is no longer just a simple dish for kids. Macaroni shaped pasta shells are cooked and then combined with a gooey cheese sauce. The cheese used in the sauce can vary with different combinations and mixes. Mac & Cheese is a form of comfort food sure to please any hungry person who loves a cheesy meal. Other ingredients like bacon can be added to make it even more savory and delicious. Variations include baking the Mac & Cheese to give the dish a crusty top. Order some for delivery from Nashville restaurants like Peg Leg Porker BBQ or Smokin Thighs.