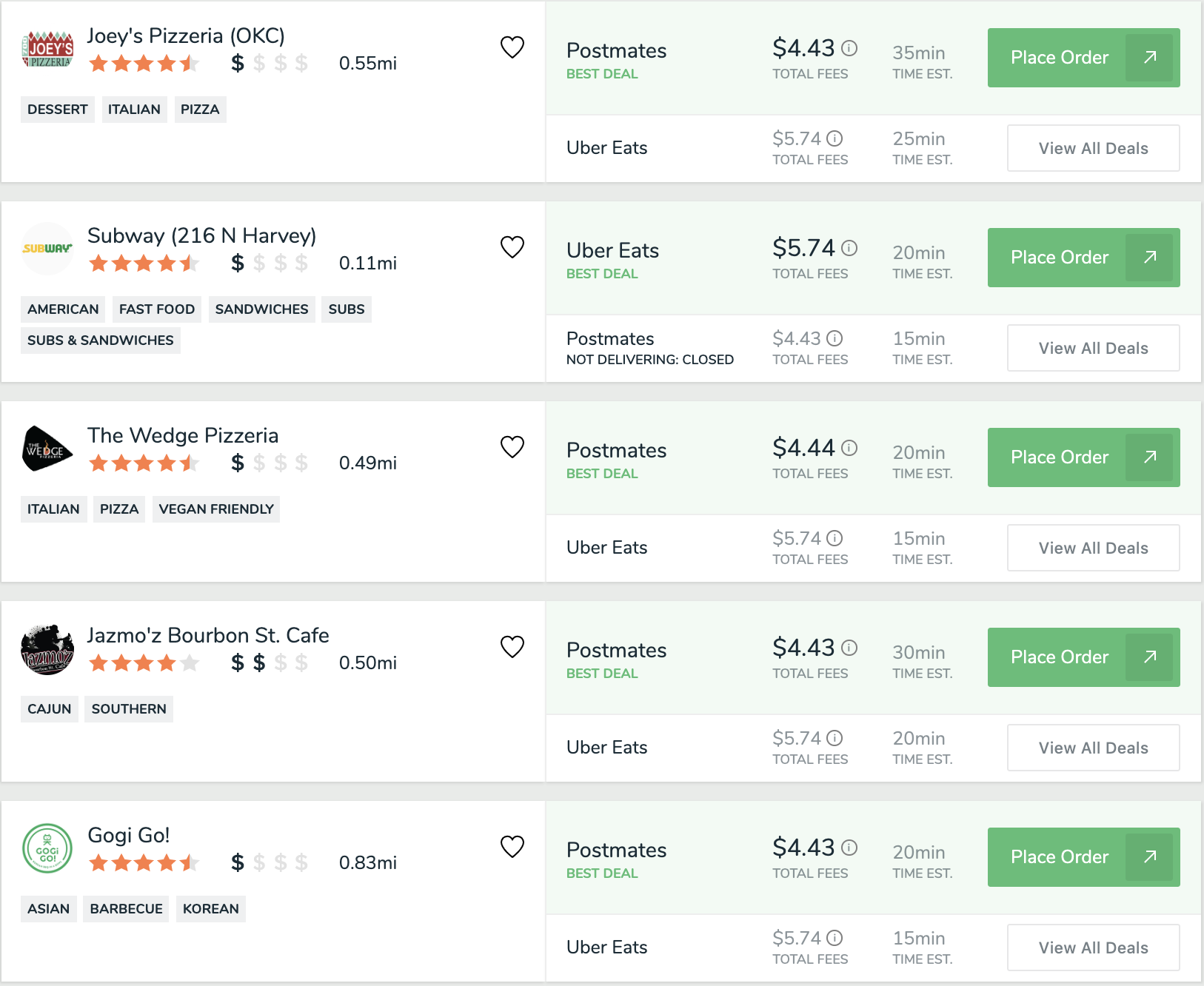 Calculate Your Yearly Savings with FoodBoss!
On average, Users in OKLAHOMA CITY save 43% on total fees and get their food 27 minutes faster.
Oklahoma City Food Delivery Guide
Oklahoma City is the capital and largest city in Oklahoma. In the heart of the plains region, the livestock market plays a significant role in the local economy. Other industries vital to the city include oil and natural gas. The Oklahoma Thunder of the NBA moved to the city in 2008 from Seattle and compete in Chesapeake Energy Arena in the middle of downtown. Across the entire city, you will find standard American restaurants, but mixed in are more than a few unique and exceptional locations.
Oklahoma City Neighborhood Guide

Just north of the Business District is the famed Automobile Alley neighborhood. Broadway Avenue is the area's main road where back in the day the city’s car dealerships were situated, which gave rise to the areas name. Today, the dealerships are gone and left in their place is a district which has grown to be known as the home of the city’s best nightlife, bars, and restaurants.

A former warehouse district in the heart of downtown Oklahoma City, Bricktown is a neighborhood full of entertainment options. At the center of the community sits Chickasaw Bricktown Ballpark, the home of the Oklahoma City Dodgers. Surrounding the ballpark, you can find many restaurants offering anything from a quick bit to a sit-down meal. Snaking among the residential and business district is the Bricktown Canal with scenic walking paths.

This type of burger is unique to Oklahoma. The Theta Burger is made with hickory sauce (similar to BBQ sauce), pickles, mayonnaise, and shredded cheddar all piled onto a bun which can be toasted or not. Get this distinct Oklahoma dish delivered from restaurants like Belle Isle Restaurant S&B’s Burger Joint.

A Fried Pie is a dessert pie that looks more like a small hand held treat than a piece of pie. Baked in individual pieces, a Fried Pie has a fruit filling wrapped in dough that is then fried until crispy and golden. Get this treat delivered today from restaurants like Jimmy’s Round Up Cafe or Fried Pie Place.