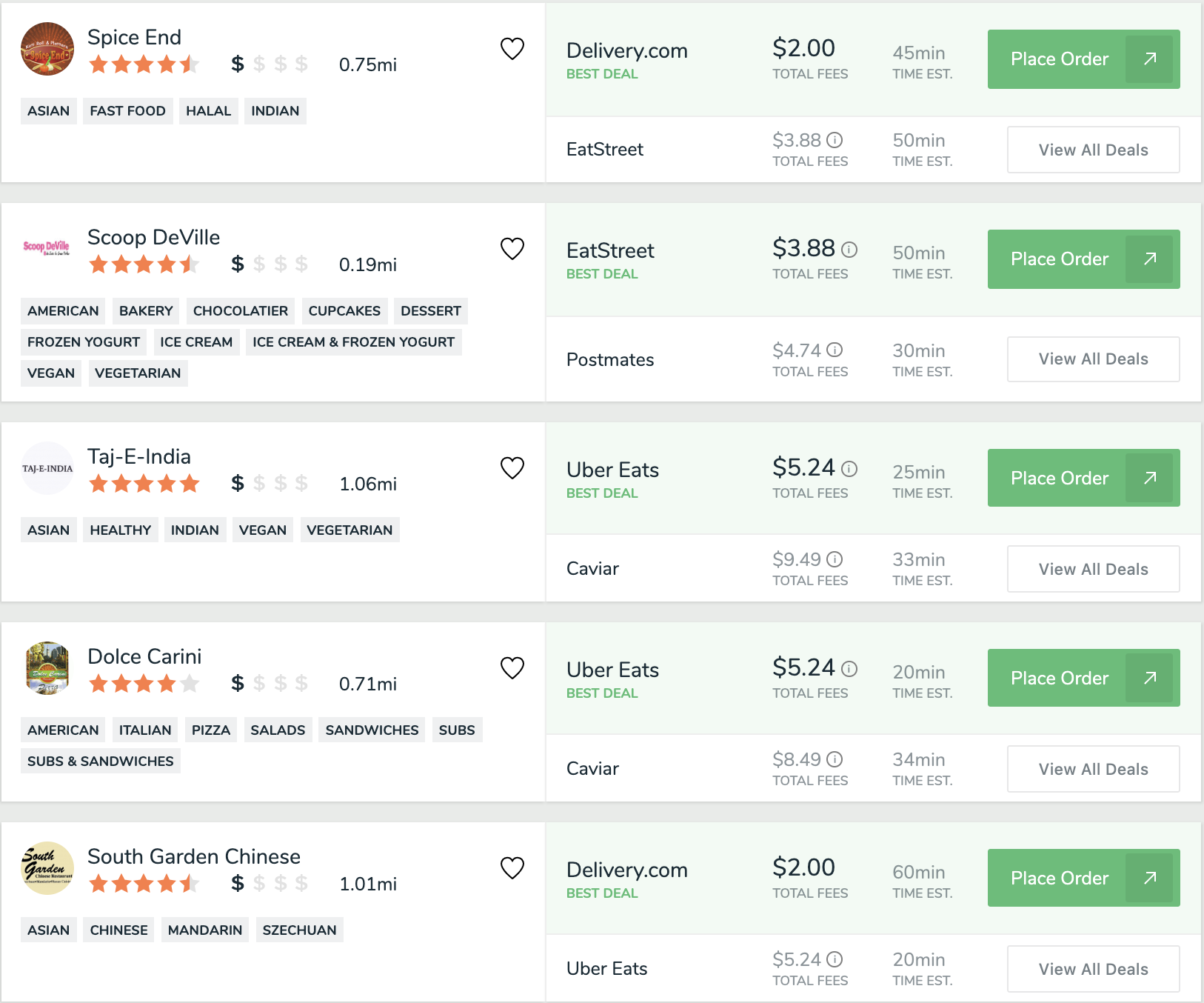 Calculate Your Yearly Savings with FoodBoss!
On average, Users in PHILADELPHIA save 42% on total fees and get their food 26 minutes faster.
Philadelphia Food Delivery Guide
Also known as Philly, Philadelphia is the largest city in the state of Pennsylvania and situated along the Delaware River. With a long and fascinating past, Philadelphia played a significant role during the American Revolutionary War, and after the United States achieved independence, the city was at one point used as the nation’s capital before Washington, D.C. was built. Also notable for quirky accents, fictional character Rocky Balboa, and boisterous sports fans, the city also has many unique dishes and local cuisines options influenced by many of the European immigrants that arrived during the 19th and 20th century.
Philadelphia Neighborhood Guide

Rittenhouse Square refers to both one of the original city squares, planned by William Penn, and the surrounding residential neighborhood. Luxury shopping, apartments, and fine dining options are pervasive in this neighborhood just southwest of Philadelphia’s city center. Proximity to the city’s cultural attractions and a lively public square make the Rittenhouse Square neighborhood one of the most attractive in the city.

Old City is arguably home to the American Independence movement. Along the banks of the Delaware River, this district is full of popular attractions like Independence Hall, where the Declaration of Independence was signed, the Liberty Bell, the Benjamin Franklin Museum, and the Museum of the American Revolution. On the same site where the Quakers first settled Philadelphia, this neighborhood does not lack in historical significance and many homes from the 18th century still exist. Strewn in among all these popular attractions are great restaurants and pubs.

No list about iconic Philadelphia foods would be complete without the inclusion of the Philly Cheesesteak. Made with thinly sliced pieces of beef and melted cheese on a toasted, long roll, this sandwich is perhaps the most iconic food in Philadelphia. Other toppings like lettuce or tomatoes may sometimes be included as well as a mayonnaise spread. The popularity of this Philadelphia classic is not confined to the City of Brotherly Love. Restaurants in all parts of the country serve it daily. Order delivery on your next Philly Cheesesteak from restaurants like Del Rossi’s Cheesesteak or Top Tomato.

Another stape Philadelphia food is the Hoagie. Made on a submarine roll, scraps of meat (often pork) and other vegetables and cheeses are loaded onto the roll which is most often eaten cold. There are many different names for similar sandwiches across the country, but in Philadelphia, its best to always refer to it as a Hoagie. Get this sandwich delivered today from Finks Hoagies or Slack’s Hoagie Shack.

Scrapple is a block of meat made by combining all the butchers scraps and trimmings into a single piece of somewhat conjoined meat. The meat is combined with flour to make the single block. Originally created to reduce waste, Scrapple is usually then sliced into pieces and made into sandwiches. Get a Scrapple sandwich delivered to your door right now from White Dog Cafe or Tate’s Good Food Restaurant in Philadelphia.