Compare delivery offers from restaurants in Phoenix. Easily find which delivery service offers the cheapest or quickest delivery from any restaurant.
Enter your address to see the best deals for your area!
Search
Restaurants Available in Phoenix
Loading...
FoodBoss
We compare delivery fees from the largest number of restaurants possible. Period. The difference is clear. 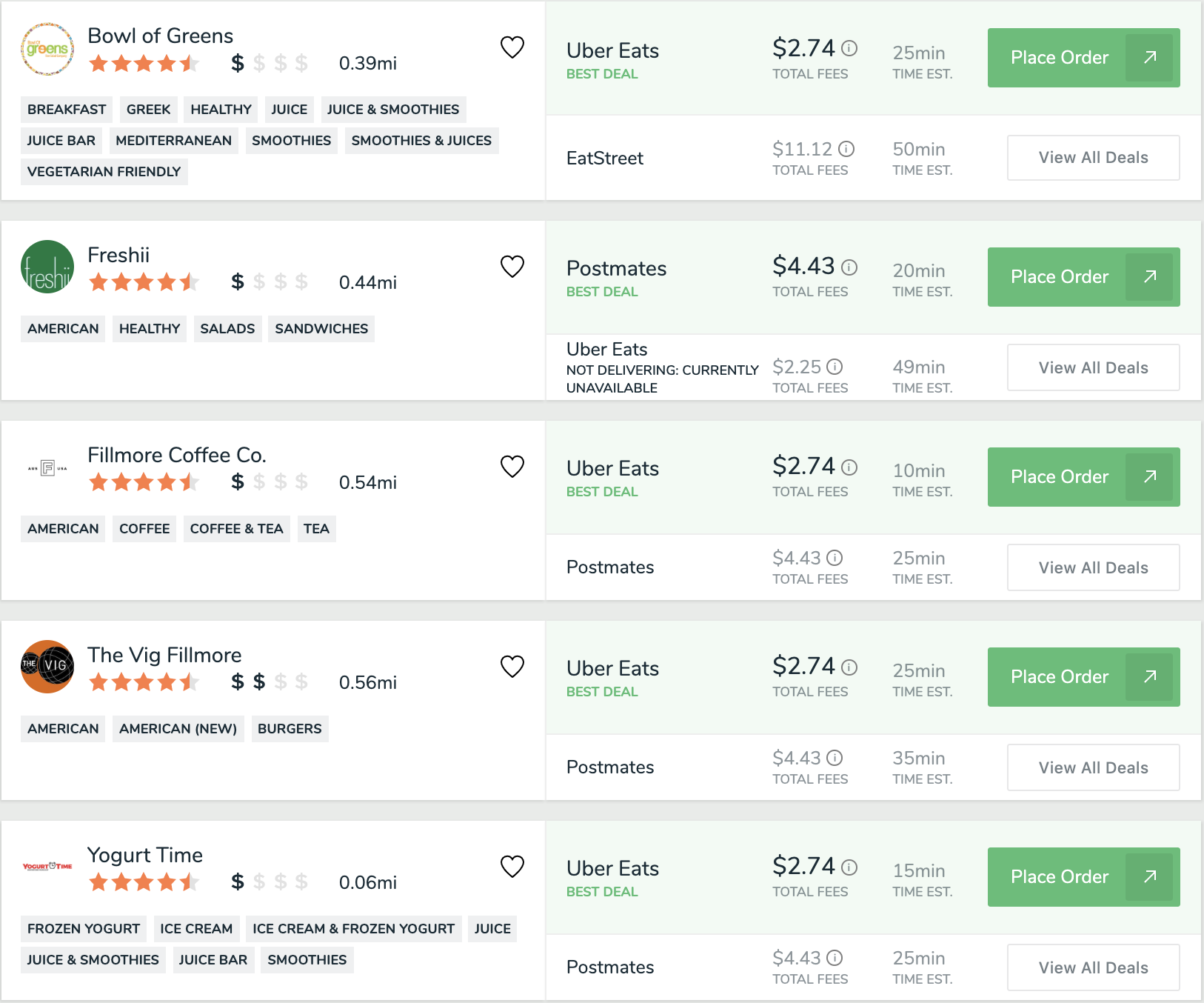 Calculate Your Yearly Savings with FoodBoss!
On average, Users in PHOENIX save 37% on total fees and get their food 21 minutes faster.
Phoenix Food Delivery Guide
The largest city in Arizona and the fifth largest city in the United States, Phoenix started at its founding as an agricultural city located just north of Salt River. Over time, the city grew, and when the railroad arrived in the late 19th century, it became an important trade center between the east and west parts of the country. Cuisine in the city is heavily inspired by its large Hispanic population and proximity to Mexico. Additionally, many of the first restaurants opened in the city back in the day were steakhouses, which are still extremely popular.
Phoenix Neighborhood Guide

Ranked highly as a top place to live by Money magazine, the Arcadia neighborhood is closer to downtown Scottsdale than Phoenix. Arcadia has excellent schools and is a terrific residential neighborhood for families to raise their kids. Situated along the Arizona Canal, within a short drive you can find some of the city’s best dining and shopping. Nearby to Camelback Mountain, the area is popular for hiking, walking, and running.

The Biltmore Area is known to be one of the more sought after residential neighborhoods in Phoenix. Popular spots within the area include the Biltmore Hotel, which includes two golf courses. Also famous is the Wrigley Mansion, built in 1929, that was converted into an event space and restaurant featuring James Beard winner, Christopher Gross. The best shopping around is available at Biltmore Fashion Park, which is also home to some of the area’s best and most popular restaurants such as Christopher’s & Crush Lounge and True Food Kitchen.

In Mexico, a torta typically refers to a sandwich made with a sandwich roll. How it is made depends on the region, but it can be eaten grilled, toasted, or cold. Ingredients like avocado, tomato, onion, or ham are commonly added. Phoenix is a great city to try out all the different variations of this dish that exist. Try it from Tortas El Rey or Tortas Paquimé.

There are many cities in the United States that have great tacos and Phoenix is one of them. A corn or wheat tortilla filled with numerous toppings, the taco originated in Mexico. Usually included some type of meat (beef, pork or chicken), vegetarian options are also popular. Common ingredients include a variety of vegetables and cilantro. Get it delivered from Speedy Street Tacos or Taco Chelo in Phoenix.

A popular Tex-Mex dish, the Chimichanga is a deep-fried burrito prepared by filling a tortilla with any number of ingredients you want. Common fillings include rice, beans, chicken, beef, salsa, guac, and cheese. Order now for delivery with Carolina’s Mexican Food or Filberto’s Mexican Food.