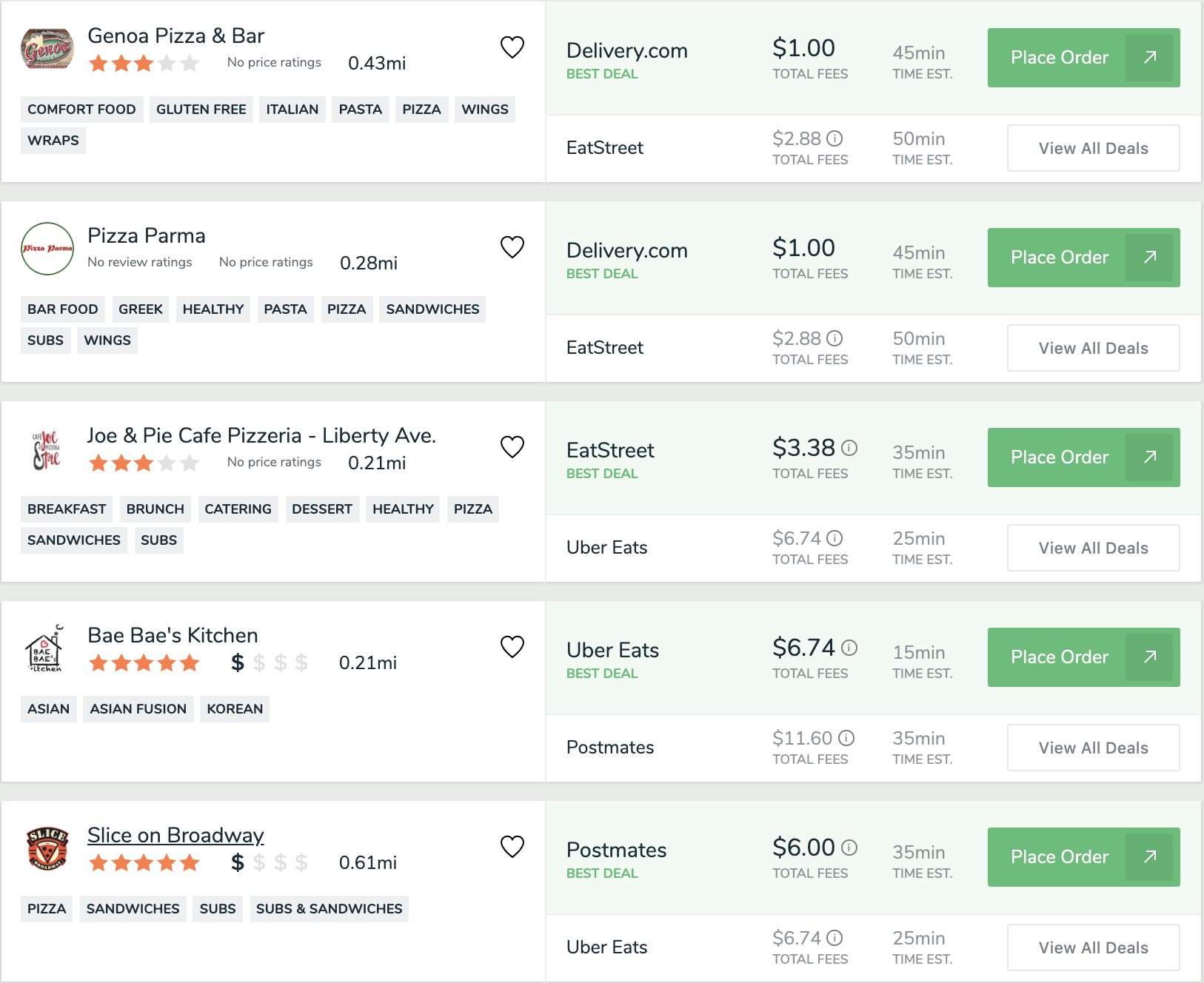 Calculate Your Yearly Savings with FoodBoss!
On average, Users in PITTSBURGH save 40% on total fees and get their food 24 minutes faster.
Pittsburgh Food Delivery Guide
The Ohio, Allegheny, and Monongahela Rivers all intersect at a single point that today is home to Point State Park in downtown Pittsburgh. The Frech Fort Duquesne was the first settlement in this strategic position west of the Appalachian Mountains, but after the British won the French and Indian War and gained control of the area, they built Fort Pitt in its place. Known as the “Steel City,” Pittsburgh was a leading manufacturing city during the 19th and early to mid 20th century. Today, Pittsburgh’s economy is driven by some of the world’s leading technology companies who have offices in the city. With many great restaurant options and cuisine choices, it is not surprising that Pittsburgh was named the 2019 “Food City of the Year” by af&co.
Pittsburgh Neighborhood Guide

With a high density of 19th-century Victorian homes in this neighborhood, South Side Flats is sometimes referred to as Pittsburgh’s own Georgetown neighborhood. Located across the river from downtown Pittsburgh, on the north shore of the Monongahela River, this neighborhood is a hot spot for nightlife in the Steel City, specifically along East Carson Street. There you will find an eclectic mix of bars and restaurants in the area once home to steel mills along the banks of the river.

Also referred to as Pittsburgh’s Little Italy, Bloomfield has gained a reputation as a vibrant hip neighborhood on the city’s east side. Favorite restaurants in the area of course include pizzerias and others serving classic Italian cuisine, but you will also find a diverse range of options along the neighborhood’s main street, Liberty Avenue.

A national dish of Poland, the Pierogi has become a classic and uniquely Polish-American dish. Essentially a stuffed dumpling, made by filling dough with either a sweet or savory filling and then frying it, the pierogi is well known throughout Pittsburgh as a staple food. Try it today from S&D Polish Deli or Penn Brewery.

An iconic restaurant in the city, the Primanti Brothers is a chain of sandwich shops that originated in Pittsburgh’s Strip District in 1933. It is best known for its signature sandwich, the Primanti Brother Sandwich, which consists of grilled meat, melted cheese, oil & vinegar-based coleslaw, tomato slices, and French fries between two thick slices of Italian bread. Get it delivered today from Primanti’s Sandwich.

Another Polish-American favorite popular in the Pittsburgh area is the Kielbasa. Kielbasa is the polish word for sausage and usually refers to any smoked sausage made from any kind of meat. With a somewhat garlicky taste, a Kielbasa can be enjoyed on its own or mixed with a number of other dishes. Try it with delivery today from S&D Polish Deli.