Compare delivery offers from restaurants in Queens. Easily find which delivery service offers the cheapest or quickest delivery from any restaurant.
Enter your address to see the best deals for your area!
Search
Restaurants Available in Queens
Loading...
FoodBoss
We compare delivery fees from the largest number of restaurants possible. Period. The difference is clear. 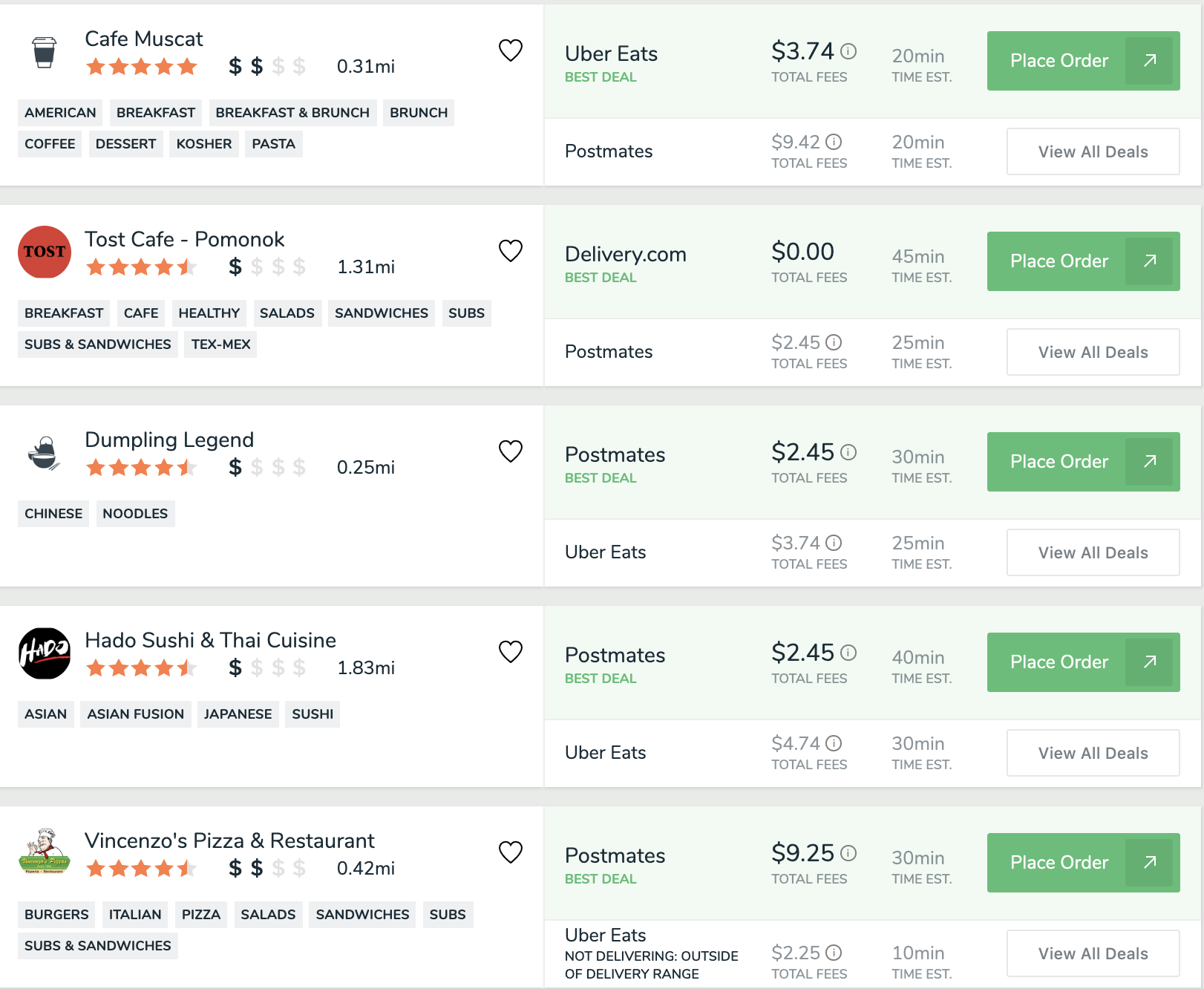 Calculate Your Yearly Savings with FoodBoss!
On average, Users in QUEENS save 36% on total fees and get their food 20 minutes faster.
Queens Food Delivery Guide
Queens is the largest borough of New York City in terms of size. Interestingly, approximately half of the residents in the borough are foreign-born highlighting how incredibly diverse the area is with people from all over the world convening in this area. Both John F. Kennedy Airport and LaGuardia Airport are located in Queens as well as other notable attractions like Citi Field, USTA Billie Jean King National Tennis Center, and the New York Hall of Science. The food scene in Queens reflects how diverse the area is. Certain neighborhoods feature the cuisine of a specific ethnic group depending on who lives in the area.
Queens Neighborhood Guide

The area that is today Astoria was once known as Hallett’s Cove. In an attempt to attract John Jacob Astor to invest in the community the area was renamed after him. Situated along the East River across from Manhattan, the area was once a popular spot for the Manhattan elite to escape the city. Today, Astoria is undergoing a redevelopment process. Investment into the neighborhood is pushing the construction of new residential areas and a revitalized waterfront. The food scene in the area is characterized by the many ethnic groups that call the neighborhood home.

Whitestone is a middle to upper-middle-class neighborhood at the northernmost point of Queens along the East River. The area can trace its roots back to early Dutch settlers who made this area their home and provided its name. Described as one of the few affluent areas of Queens, the area is far removed from most of the hustle and bustle of the New York area.

The Gyro is a Greek dish popularized by Greek immigrants, many of whom settled in New York City and specifically Queens. Made from cooking meat on a vertical rotisserie and then shaving off thin pieces before wrapping or stuffing them in bread, often pita, with additional topping of your choice. Common toppings include tomato, onion, and tzatziki sauce. The meat is often lamb or some combination with chicken. Get omne delivered today from Supreme Diner or Ali Baba.

New York Style Pizza is characterized by its thin crust and wide slices. Crispy crust is a staple of the dish and often the slices are big enough to be folded in half. Simple ingredients like tomato sauce and shredded mozzarella cheese are all it takes to make a delicious New York Style Pizza. The New York Pizza grew out of the Italian Neapolitan style pizza that immigrants to New York City brought with them to America. This style of Pizza is popular in the Northeast and across the country as well. Order pizza for delivery in Queens today from restaurants like Matese Pizzeria & Restaurant or Farmer's Pizza.

Originally from Sicily, the Cannoli is a traditional Italian dessert that was brought to America by Italian immigrants during the 19th century. The dish consists of a tube shaped fried dough pastry that is sometimes doused in chocolate and then filled with cream before eating. This delicious dessert is the perfect sweet way to end any Italian meal. Try it today with delivery from Valentino's.