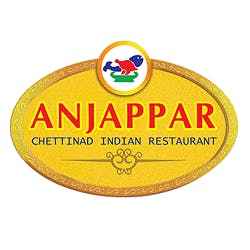 Goat rib bone cut and cooked with onion and tomato.

Steamed dumplings made from rice and lentils batter. Served with variety chutney's and sambar.

Medhu Vadai dipped in the sambar served with topping of chopped onion.

Mysore bondas are fried dumplings made with flour, yogurt and spices. They are crispy outside and fluffy inside. Served with Coconut Chutney.

A slight twist to your ordinary chicken lollipop, chicken wings fried and tossed in Szechuan sauce.

Cubes of steamed bone in goat, cooked with pepper and other spices.

Tilapia fish marinated with a blend of yoghurt and Indian spices and deep fried.

These Mughlai Specialty is made with cheese, cream, thick yoghurt and Indian spices and baked to perfection in clay pot to give you the mouth watering issue.

Chicken kebabs are marinated in a tangy Middle Eastern blend of Greek yogurt, lemon, garlic and spices, then grilled on skewers until golden brown. Served with Mint Chutney.

Tender Chicken Breasts marinated with spices & herns and cooked to a juicy perfection in Tandoor. A Mughlai Speciality

A plain crispy pancake made of fermented rice batter served with chutney and sambar.

Crispy dosa with potato masala served with chutney and sambar.

Beaten eggs layered on the crispy dosa with added pepper and salt.

A soft and fluffy Indian pancake.

Chopped chillies and onion layered on the soft uthappam.

Potatoes and cauliflower coooked in a blend of tomato & cumin flower curry sauce.

A mixed vegetable curry simmered in rice, flavorful gravy made with coconuts and spices.

Peeled garlic coooked in hot and tangy gravy made from chettinad masalas.

Indian eggplant cooked in hot and tangy gravy made from chettinad masalas.

Dal Makhani is a classic Indian dish made with whole urad dal, rajma, butter and spices

Mixed fresh vegetables with nuts simmered in a creamy sauce laced with spices.

Scrambled paneer sauteed with onions, tomatoes and spices in cashew based gravy

Grated cottage cheese cooked in thick gravy sauce made up of cream and spices.

Baby spinach and pieces of chicken flavored by garlic and finished with cream.

This is a special recipe of Karaikudi district made with freshly ground Indian spices.

Chicken is cooked with sauce made of red sorrel leaves known as gongura to get a tangy sauce.

This is a special recipe of Karaikudi district made with freshly ground Indian spices.

Goat meat cooked with sauce made of sorrel leaf known as gongura to get a tangy sauce.

Bone in spices of goat cooked with spicy or mild gravy.

Indian bread, leavened and layered, cooked to perfection on a hot plate served with salna & raita

Madurai special bread, leavened and thin, and cooked to perfection on a hot plate.

Indian bread leavened and thin and cooked to perfection on a hot plate coated with Egg and served with cup of Vegetable salna & Onion raita.

Indian bread leavened and thin and cooked to perfection on a hot plate coated with Egg and stuffed with curried chicken served with cup of Vegetable salna & Onion raita.

A fluffy Indian bread cooked to perfection in the hot tandoor oven.

A fluffy Indian bread cooked to perfection in the hot tandoor oven spred with butter.

A fluffy Indian bread cooked to perfection in the hot tandoor oven spred with garlic.

A fluffy Indian bread cooked to perfection in the hot tandoor oven spred with chili and garlic.

A leavened fluffy Indian bread stuffed with onion or pototo

A soft Indian tortilla prepared with wheat flour and baked in the tandoor.

Choice of Vanilla or Strawberry

Choice of Vanilla or Strawberry

Flourettes of cauliflower marinated with special masala and deep fried.

Minced vegetables with spices, shaped into a patty and fried till golden brown.

Goat rib bones combined with costal spices and seasoned with peppercorn and cloves.

Dry or masala. Boneless tender pieces of chicken marinated in chefs hand- made masala, cashews and roasted to taste.

Roast or masala. Chicken sauteed with onions, tomatoes, and spices.

Shredded boneless pieces of country chicken cooked with pepper, corn and other spices.

Minced goat with gram dal and spices, made to bal,l shape and deep fried.

Varuval or masala. Selected shrimps fried with shallots and spices.

Steamed rice and lentils patties, served with chutney and sambar.

Pancake made with battered rice flour and lentils.

Pancake baked and topped with butter to flavor.

Pancake made of rice and lentil flour, stuffed with potato or cauliflower.

Served with vegetable or chicken gravy. Wheat flour battered with milk and baked in griddle.

Balls made of special dough and fried till golden brown served on a sugar syrup.

Semolina cooked with sugar and dry fruits to taste.

Sapodilla cooked with sugar and ghee