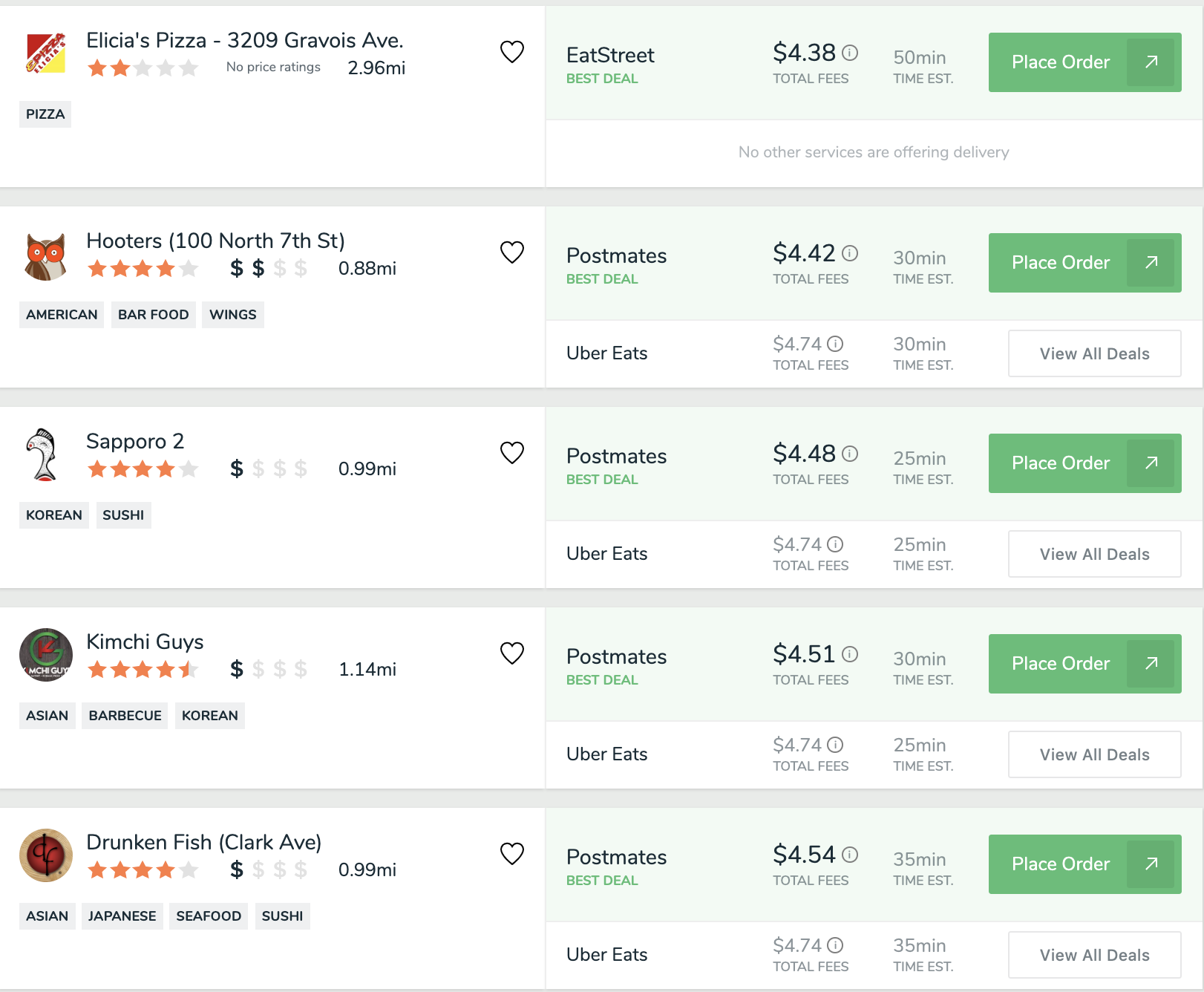 Calculate Your Yearly Savings with FoodBoss!
On average, Users in ST. LOUIS save 39% on total fees and get their food 23 minutes faster.
St. Louis Food Delivery Guide
Founded by French fur traders, St. Louis grew as a launching point for the American expansion out west. Its most iconic feature, the Gateway Arch, completed in 1965, was built as a monument to this westward expansion. The city is home to two professional sports franchises, the St. Louis Cardinals, and the 2019 NHL Champion St. Louis Blues. European immigrants who came to the city left their mark on the cuisine that St. Louisans enjoy to this day. A wide range of restaurants catering to any culinary desire can be found in the dynamic city.
St. Louis Neighborhood Guide

Grand Center is St. Louis’ principal art district located between Forest Park and downtown.This neighborhood has something for everyone with attractions such as the Contemporary Art Museum, International Photography Hall of Fame, The Moto Museum, The Sheldon Concert Hall, Powell Hall, and the Fabulous Fox theater. The neighborhood is located just north of Saint Louis University so many college bars and restaurants are either within the area or nearby within walking distance such as The Fountain on Locust or Southern.

Soulard, south of downtown St. Louis, is a lively neighborhood notable as a blues music hotspot with many live music venues. The nightlife here is tremendous with many popular bars in the area, especially along Menard Street and 9th Street. Soulard’s biggest attraction is the Anheuser-Busch Brewery which offers a very popular tour of the facility. The restaurant scene is also world class with options ranging from southern comfort food, seafood or Mexican. Soulard is also the host of St. Louis’ annual Mardi Gras celebration which is the second largest Mardi Gras celebration in the United States behind only New Orleans.

This city is known for its BBQ which is why it has an entire style of BBQ associated with St. Louis. Specifically, St. Louis Style BBQ refers to spare ribs made in the area that are cooked differently than traditional BBQ meat. Instead of slow cooking, St. Louis style BBQ calls for grilled ribs. After grilling, the ribs are then heavily doused in St. Louis style BBQ sauce which is a tomato based BBQ sauce. You can get St. Louis Style BBQ delivered to your door in no time from great St. Louis restaurants like Mom’s Kitchen or Salt + Smoke.

Gooey Butter Cake is a traditional St. Louis dessert. It is notable for its flat and dense qualities. Once baked, the cake is dusted over with powdered sugar. There are two main types of Gooey Butter Cake, a baker’s gooey butter version and a cream cheese cake mix version. Get this St. Louis dessert delivered today from Piccione Pastry or Yolklore.

Toasted Ravioli was originally created in the city of St. Louis in neighborhood called The Hill which has a high Italian population. Made by frying a ravioli piece of pasta with meat wrapped inside it, this is a great appetizer to try at any Italian restaurant. It has become a popular dish at most Italian restaurants across the country. Get it delivered from St. Louis restaurants like Mama Toscano’s Ravioli or Mangia Italiano.