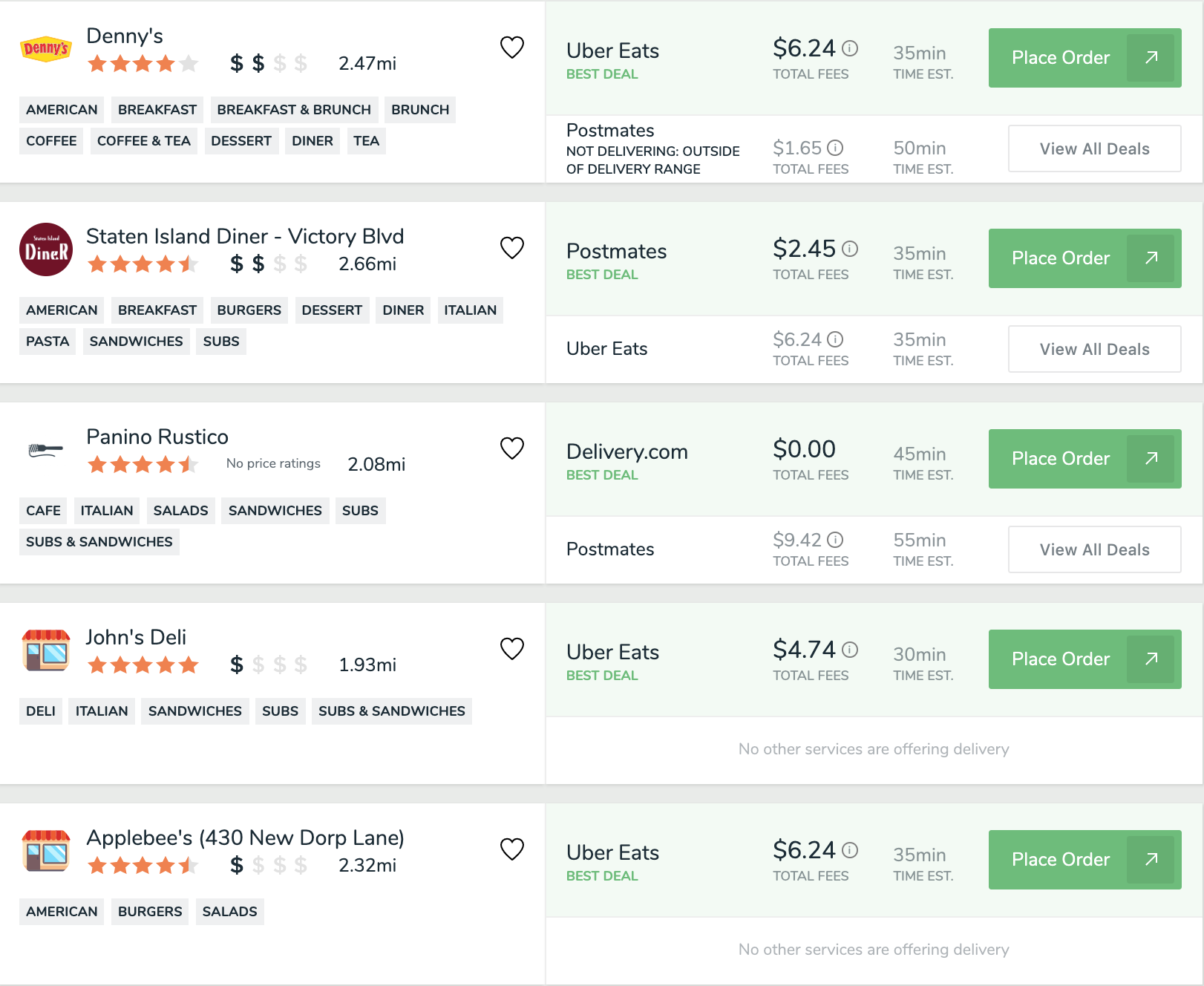 Calculate Your Yearly Savings with FoodBoss!
On average, Users in STATEN ISLAND save 43% on total fees and get their food 27 minutes faster.
Staten Island Food Delivery Guide
The least populous of New York City’s five boroughs, Staten Island is also the most southern and the only one not connected to the New York City Subway. Instead, residents and visitors alike can take a free ferry that shuttles them from Staten Island over to Manhattan. Along the way, the ferry passes by the Statue of Liberty, Ellis Island, and Governors Island providing riders with tremendous views of not only these iconic attractions but also the famous New York City skyline. The island is more densely populated on the north side, and in these neighborhoods, you can find some of the best restaurants on the island.
Staten Island Neighborhood Guide

Located on the South Shore of Staten Island, Great Kills still maintains a large Italian-American population. A middle-class neighborhood, the area is home to many yacht clubs and marinas. Popular among families, the neighborhood is full of cafes and casual restaurants.

St. George is located on the northeastern tip of Staten Island. Great views of the iconic skyline are visible since it is the closest point to Manhattan. This neighborhood is the most densely populated area on Staten Island and is home to most of the island’s government offices and administration. One famous attraction here is the St. George Theater. A performing arts venue that opened in 1929.

Originally from Sicily, the Cannoli is a traditional Italian dessert that was brought to America by Italian immigrants during the 19th century. The dish consists of a tube shaped fried dough pastry that is sometimes doused in chocolate and then filled with cream before eating. This delicious dessert is the perfect sweet way to end any Italian meal. Try it today from Panino Rustico.

New York Style Pizza is characterized by its thin crust and wide slices. Crispy crust is a staple of the dish and often the slices are big enough to be folded in half. Simple ingredients like tomato sauce and shredded mozzarella cheese are all it takes to make a delicious New York Style Pizza. The New York Pizza grew out of the Italian Neapolitan style pizza that immigrants to New York City brought with them to America. This style of Pizza is popular in the Northeast and across the country as well. Order it for delivery today from restaurants in Staten Island like Bario's.

Nothing too fancy or special about this dish. But the simple Hot Dog is a great option if you’re looking for a quick snack from a street vendor or casual restaurant. Toppings in the Big Apple are traditionally mustard and onions. Try one today from Nathan's Famous.