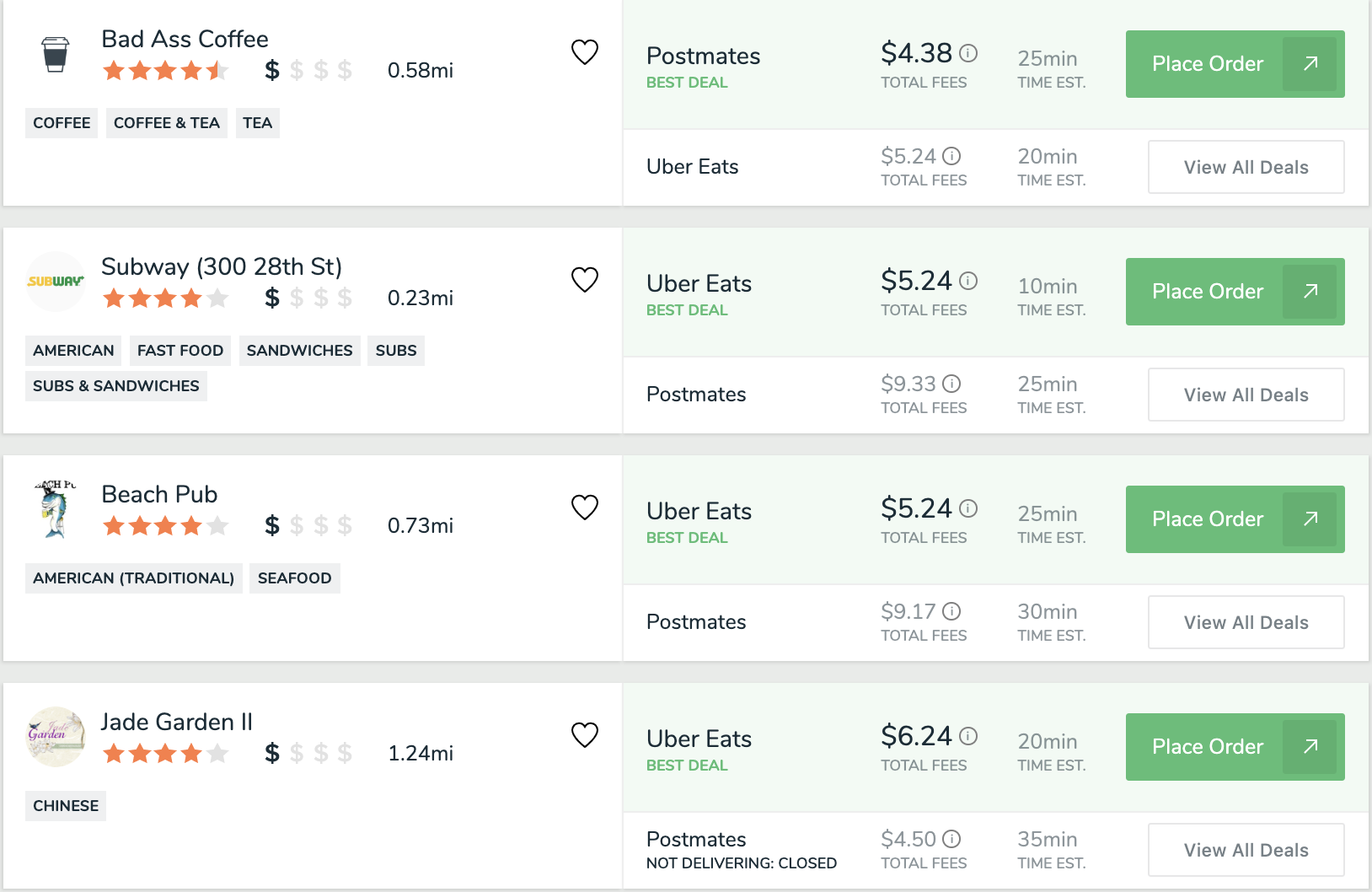 Calculate Your Yearly Savings with FoodBoss!
On average, Users in VIRGINIA BEACH save 44% on total fees and get their food 28 minutes faster.
Virginia Beach Food Delivery Guide
This independent city is located in the southeast corner of Virginia and is the most populous city in the state. Jamestown, the first permanent English settlement in the America’s, is located nearby but those settlers first landed in an area that is today Virginia Beach. With miles of sandy beaches, Virginia Beach is a popular tourist destination for those looking for a beach vacation in a city that also offers a relaxed environment.
Virginia Beach Neighborhood Guide

Originally called Kemp’s Landing by early English settlers, this borough is located near the east branch of the Elizabeth River within the City of Virginia Beach. Few of the early buildings from its founding remain, but Kempsville remains one of the most significant boroughs in the city for its deep historical roots. While most of the area is a residential area, nearby are many other towns and areas with tons of restaurant options.

Nestled just off the beach front near the heart of Virginia Beach is the vibrant and colorful Vibe Creative District. This area is the city’s hub for artists and creative individuals. Attractions include the Virginia Museum of Contemporary Art and the Old Beach Farmers Market. There is tons of street art in the neighborhood and no shortage of coffee shops to get your morning fix. Just a short walk away is Atlantic Avenue where most of the beach hotels are located as well as some great dining options ranging from sea-food to wood-fired pizzas.

The Chicken Wing is an American classic. They consist of deep fried pieces of chicken either coated or dipped into a sauce of choice with varying levels of spice and sweetness. A great addition to any pizza order, get them delivered today in Virginia Beach from restaurants like 204 Pizza or Sal’s NY Slice Pizza.

Given Virginia Beach’s location, it isn’t surprising that oysters made this short list. Oysters Rockefeller is a specific oyster dish that consists of the oyster (baked or broiled) and garnished with a sauce of butter, parsley, and bread crumbs. Lemon wedges are often served alongside the oysters and are generally squeezed onto them. Try this dish delivered from Oyster Bar and Steaks or Bad Habits Wing & Oyster Bar.

Mixing seafood with Mexican cuisine, Fish Tacos are a great seafood snack. Much like a normal taco, ingredients often include lettuce, avocado, and sour cream, but in this seafood version, the usual beef is swapped out for fish that is usually fried or grilled. Order this and many other Mexican inspired dishes in Virginia Beach from La Hacienda Fresh Mexican Grill or Guac Tacos and Tequila.