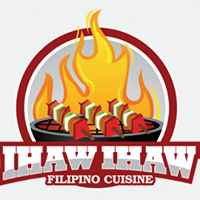 Lumpia is the Filipino adaptation of Chinese spring rolls, a popular appetizer consisting of a filling wrapped in a crêpe wrapper usually made with eggs.

Menudo is a traditional mainstay dish of Filipino cuisine. This Spanish-influenced stew is made from cubed pork and simmered in savory tomato-based sauce mixed with soy sauce and other seasonings. It is combined with vegetables such as carrots and potatoes, with bell peppers for added flavor.

Adobo is an indigenous Filipino stew and is considered to be the national dish of the Philippines. The basic recipe will almost always contain two basic ingredients - soy sauce and vinegar, which are simmered with meat, garlic, bay leaf, and peppercorns.

Sinigang is a soup dish cooked in a soup base made of extracts of tamarind, which gives its distinct sour taste. The usual recipe combines pieces of string beans, tomatoes, and onions for added texture and flavor.

Ginataang langka is a Filipino dish of young jackfruit, locally called “langka”, cooked in coconut milk or “gata”, giving it a creamy texture. For added flavor, the dish is combined with pork meat.

Monggo is the Filipino term for mung beans, part of the legume family. Mung beans are cooked in sauteed garlic, onions, and tomatoes. The mixture is then slowly simmered in water until the stew thickens.

Binagoongan is a generic Filipino term for a savory stew that uses shrimp paste, locally called bagoong, as its main ingredient, hence its name. Pork are sautéed in garlic, onions, tomatoes and long peppers and simmered in a rich sauce made from shrimp paste and vinegar. Its distinctive pinkish-red color, with a combined salty, savory and slightly spicy taste puts binagoongan on its position as one of the very authentic methods of Filipino cuisine.

Ginisang Ampalaya is a simple vegetable dish in which the key ingredient is ampalaya or bitter melon. The ampalaya is sliced thinly and is sautéed in garlic and onions. We then combine diced pork, scrambled eggs and/or tomato slices for added flavor.

Caldereta is a spicy stew that has become a mainstay of Filipino cuisine. It is among the Spanish-influenced dishes based on a tomato-based sauce. Traditional caldereta uses potatoes, carrots and bell peppers which are simmered in tomato sauce thickened with liver spread, and seasoned with chili to give it some heat.

The mix of pork and vegetables are cooked in sauteed garlic and onions, tomatoes, and bagoong. The usual vegetables that make up pinakbet are eggplants, okra, string beans, ampalaya - bitter gourd, and calabasa - squash, which gives pinakbet its distinction.

Pancit is what Filipinos call for stir-fried noodle dishes influenced by Chinese cuisine. The recipe uses long noodles, and stir fried with a number of ingredients. It is prepared with soy sauce, garnished with vegetables, chicken and laced with rich seasonings.

Grilled or fried milkfish in half - Bangus.