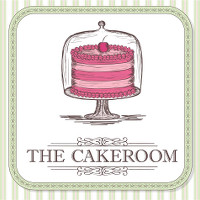 Order from The CakeRoom to enjoy some of the best Cupcakes in Washington. Looking to find the cheapest way to order The CakeRoom? Choose the most affordable delivery option listed here. Because...show more

Dark chocolate cupcake with peanut butter frosting, topped with a piece of Reese's

Carrot cupcake with pineapple and coconut, frosted with cream cheese icing and topped with a buttercream carrot.

Vanilla cupcake filled with nutella and frosted with a nutella buttercream frosting.

Vegan chocolate cupcake with either chocolate or vanilla frosting.

A different flavor each month - take a chance!

Gluten Free Carrot Cake cupcake made with freshly grated carrots, crushed pineapple, raisins and lots of spice folded into the batter and topped with cream cheese frosting. No nuts.

Chocolate chip cookies with nutella cored into the center

Peanut Butter cookies with chocolate chips folded into the batter

Our chocolate chip cookie with a hint of espresso coffee added to the batter.

Brookies are a mix of brownies and cookies all baked up in one pan for an easy dessert that everyone loves! We start with our award winning supernatural brownies and add chocolate chip cookie dough on the top.

Coconut is in the cake batter, between layers, and on the sides of the cake.

A heavenly carrot cake made with freshly grated carrots, crushed pineapple, and coconut mixed into the batter and frosted with cream cheese icing and topped with buttercream carrots.

Biscoff Cookie Cake! Our Lotus Cake is made of these crunchy spiced shortcrust biscuits or cookies which are refined into a spread, then folded into the buttercream and melted into a glaze that is spread across each layer and drizzled over the top and sides.

This American classic cake boasts all the fruity, gooey, caramel-y goodness that’s made it a favorite for generations. Pineapples, cherries, and brown sugar goodness!

A rich Nutella cheesecake topped with whipped cream and a Nutella pattern on top.

This is the classic custard pie made with the juice of key limes.