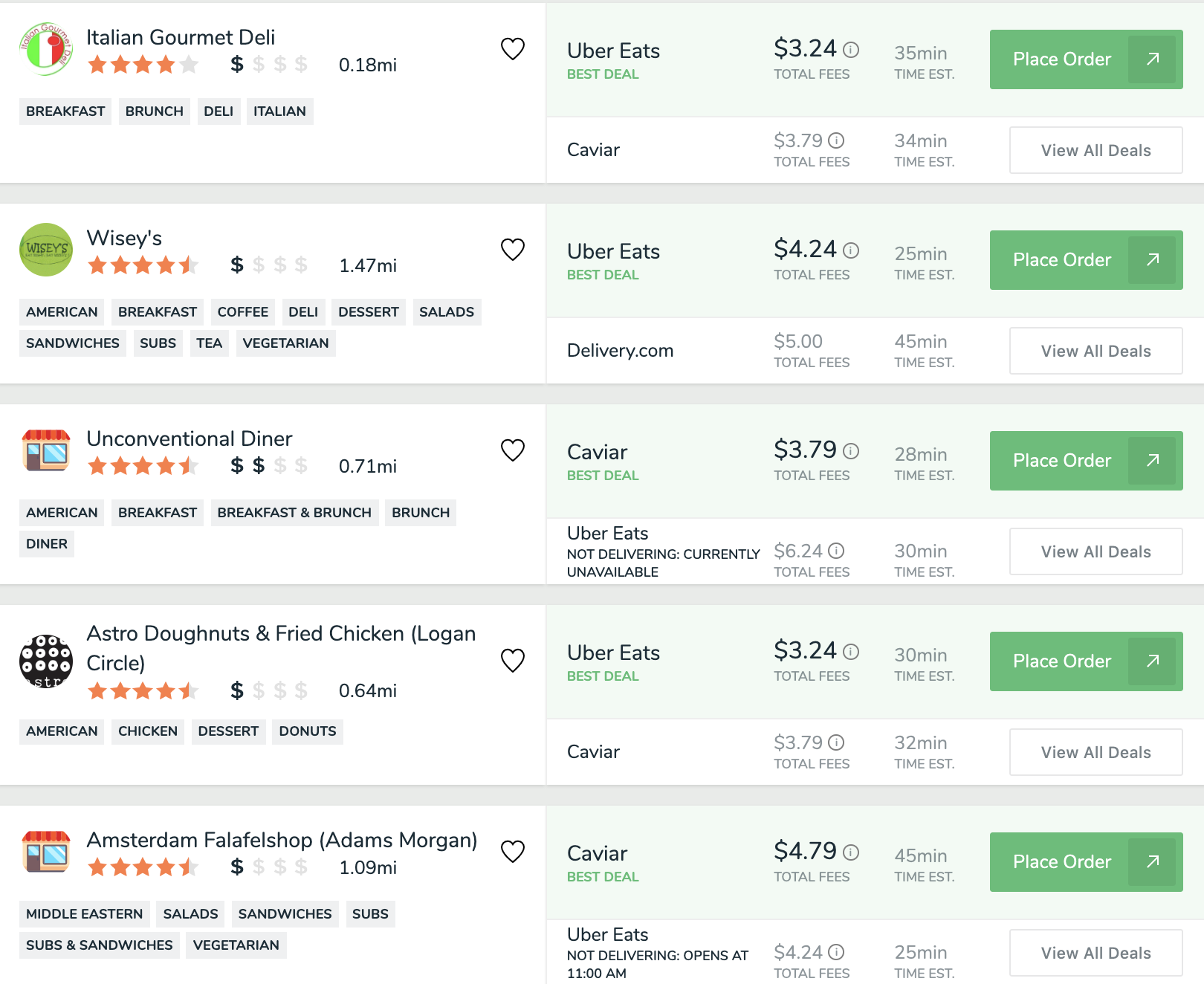 Calculate Your Yearly Savings with FoodBoss!
On average, Users in WASHINGTON, DC save 44% on total fees and get their food 28 minutes faster.
Washington, D.C. Food Delivery Guide
Along the banks of the Potomac lies the nation’s capital, Washington, D.C. Named after General George Washington and founded to be the new nation’s capital, the city is full of character and history. Home of all three branches of the United States government, Washington, D.C. is also the location of many of the country’s most visited and famous attractions like the National Mall, the Lincoln Memorial, the Vietnam Veterans Memorial, the Smithsonian, and the National Archives, in addition to government attractions like the White House or the United States Congress. Not part of any state, the District is independent and home to a diverse populace who contribute to the unique and international feel of the city. In addition to the rich history of the capital, Washington, D.C. also has a robust food scene worthy of any foodies attention. Cuisine choices are nearly limitless in this city. The only real limit is how much you can eat before you get too full of all the great options available.
Washington, D.C. Neighborhood Guide

Georgetown is one of Washington, D.C.’s most iconic and famous neighborhoods. This quaint area is known for its cobblestone streets, luxurious homes, C&O Canal, and obviously as the home of Georgetown University. In this historic neighborhood, you can still find great examples of 18th and 19th century Federal Style homes while you walk the tree-lined streets. There is an abundance of great shopping opportunities along M Street that include well known luxury brands and unique indie boutiques. Also known as an excellent location for foodies, in Georgetown you can find great food ranging from a quick bite to a world-class dining experience. College bars, live music venues, and taverns combine to make this neighborhood on the Potomac as desirable as any in the D.C. area.

Just east of Logan Circle, and located between 11th and 6th streets in the Northwest quadrant of Washington, D.C, is the Shaw neighborhood. Historically, Shaw is one of the city’s main black social and economic hubs. The famous Howard Theatre, where many greats such as Duke Ellington once played, is located in the northernmost part of Shaw and nearby is the African American Civil War Museum. Within the last 30 years or so, the area has also gained prominence within the American-Ethiopian community. You can find numerous Ethiopian restaurants in Shaw that many locals consistently patron.

A Half-Smoke is a local dish in Washington, D.C. This food is similar looking to a hot dog, but it is a sausage that is usually larger and spicier than the typical hot dog. Topped with onions, chili sauce, and some spices, this meal is a D.C. classic. The sausage is usually a half-beef, half-pork combination and you can usually get it with chips or fries. Try this D.C. original with delivery from either HalfSmoke or Pitmaster’s Back Alley BBQ.

Kitfo is an Ethiopian dish made of finely minced beef marinated in a spice called mimita. The beef is either very slightly cooked or served completely rare, and it is usually accompanied by bread called kocho. Order this authentic dish for delivery from some of D.C.’s best restaurants such as Ethiopic or Habesha Market and Carry-Out.

Falafel is a fried ball or flat circular food made from either ground chickpeas or fava beans. This dish is originally from Egypt but is available at most middle eastern restaurants. In addition to the ground chickpeas, spices and onions are often incorporated before frying to add additional flavor. Get it delivered today from a couple great Washington, D.C. restaurants including Tempo or LEON.