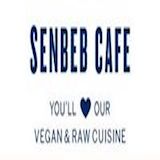 Order online delivery from Senbeb Cafe to enjoy some of the best soul food in Washington. Looking to find the cheapest way to order Senbeb Cafe? Choose the most affordable, or the quickest delive...show more

Soup varies daily. Call to find out which is available.

Does not come with soup, salad or fries. This is made and wrapped to go. any sides must be purchased separately.

Seasoned tofu baked and sautéed with bell peppers in our tangy sauce.

Soy protein sautéed with bell peppers and broccoli then topped with special sauce.